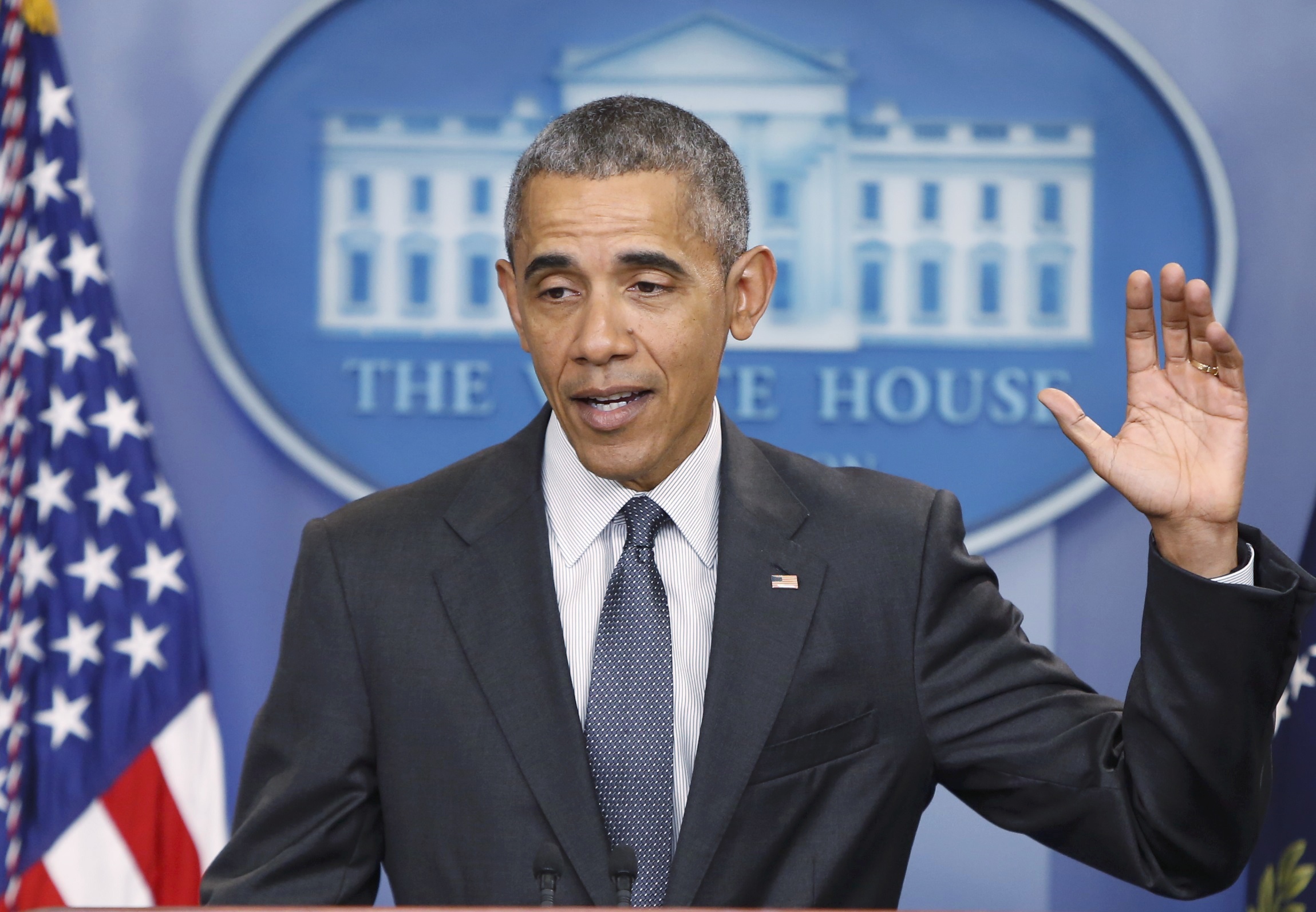 President Obama on Tuesday blasted Donald Trump's new plan to force Mexico to pay for a border wall by slashing remittances it receives from immigrants living in the U.S.

After the president delivered a statement on the economy, a reporter asked him about the implications of Trump's plan, which his campaign released Tuesday morning.

"The implications with respect to ending remittances -- many of which by the way are from legal immigrants and from individuals who are sending money back to their families -- are enormous," Mr. Obama said from the White House's Brady Briefing Room.

Mr. Obama explained that it would be "impractical" and also incredibly difficult to track.

"The notion that we're going to track every Western Union bit of money that's being sent to Mexico, you know, good luck with that," he said.

In addition, he pointed out that if Mexico's economy collapses as a result of Trump's plan, it would produce the exact repercussions that Trump is trying to avoid.

"If it's collapsing," he said it "actually sends more immigrants north because they can't find jobs back in Mexico."

The president said voters expect the commander-in-chief to treat these issues seriously and to put forward policies that have been examined and have been deemed effective.

"They don't expect half-baked notions coming out of the White House. We can't afford that," he said.

On Tuesday morning, Trump's campaign released a memo that said it would force Mexico to pay for a wall along the U.S.'s southern border by threatening to cut off remittances or wire transfers that Mexicans living in the U.S. make to their families back home.

If elected president, the memo explains, Trump would threaten to change a rule under the Patriot Act to cut off some of the money Mexico receives through wire transfers. The memo said the majority of the $24 billion a year "comes from illegal aliens" that they send back to their families.

"It's an easy decision for Mexico: make a one-time payment of $5-10 billion to ensure that $24 billion continues to flow into their country year after year," the memo says.

Since last year, the GOP presidential frontrunner has insisted that he would make Mexico pay for the wall along the U.S.'s southern border, but Mexican officials have made it clear they would not entertain that idea.