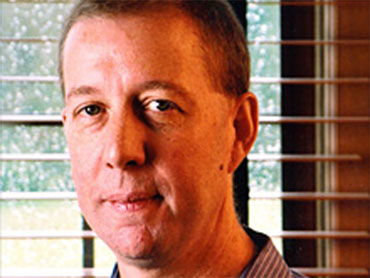 (United Steelworkers of America)
One day after announcing the resignation of his adviser on green jobs, President Obama will introduce his senior adviser on manufacturing.

Bloom isn't a stranger to unions, and this won't be his first position in Washington. Knoller reports that Bloom will continue to serve as a senior adviser to Treasury Secretary Timothy Geithner's Auto Industry Task Force. Previously, Bloom served as a legal adviser to the president of the United Steelworkers Union.

"Distinguished by his extraordinary service on the auto task force and his extensive experience with both business and labor, Ron has the knowledge and experience necessary to lead the way in creating the good-paying manufacturing jobs of the future," Mr. Obama said in a statement.

The White House says Bloom will work closely with the National Economic Council and the Departments of Commerce, Energy, Labor and the Treasury to oversee Mr. Obama's agenda for the manufacturing sector.

Before working with the steelworkers union, Bloom was a founding partner of the investment banking firm Keilin and Bloom. At the firm, he worked with unions representing steelworkers and auto workers as well as the Teamsters union, the Air Line Pilots Association and other unions.