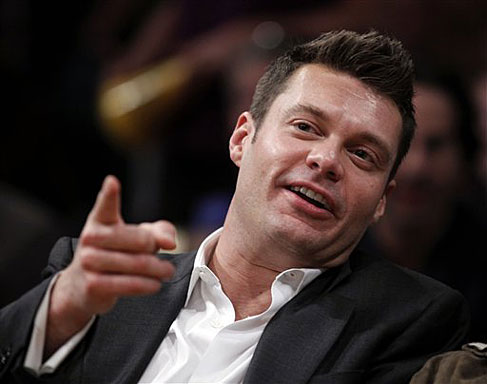 The White House has confirmed that President Obama is today recording a flurry of interviews on urban-oriented radio shows, including one with "American Idol" host Ryan Seacrest.

The interview with Seacrest is being taped today for air tomorrow, as are interviews with Russ Parr and Steve Harvey. Mr. Obama will also do a live interview this afternoon with talk show host Michael Baisden.

Mr. Obama's decision to do the interviews reflects his latest effort to drive up Democratic turnout in what is expected to be a tough midterm election for the party. He spent the weekend rallying Democrats in Ohio and three other states, arguing that "this election is a choice between the policies that got us into this mess and the policies that are leading us out of this mess."

On his Facebook page, as Politico's Ben Smith notes, Seacrest asked his listeners for ideas about what to ask the president. Here are some questions that likely will not get asked (And we should note there were serious questions as well):

Seacrest's Facebook page says the interview will air at 7:15 a.m. local time tomorrow in Los Angeles. It will also air on stations across the country.

White House press secretary Robert Gibbs said today that in addition to the radio interviews, Mr. Obama plans to make phone calls later today to encourage activists and organizers in Florida, New Hampshire, New Mexico and Hawaii. He has no public events on his schedule today.

His appearance on Seacrest's show is not the first time the president has reached out to the young Americans who helped him with the presidency two years ago. Last month, Mr. Obama participated in a town hall sponsored by MTV and other youth-oriented cable networks.