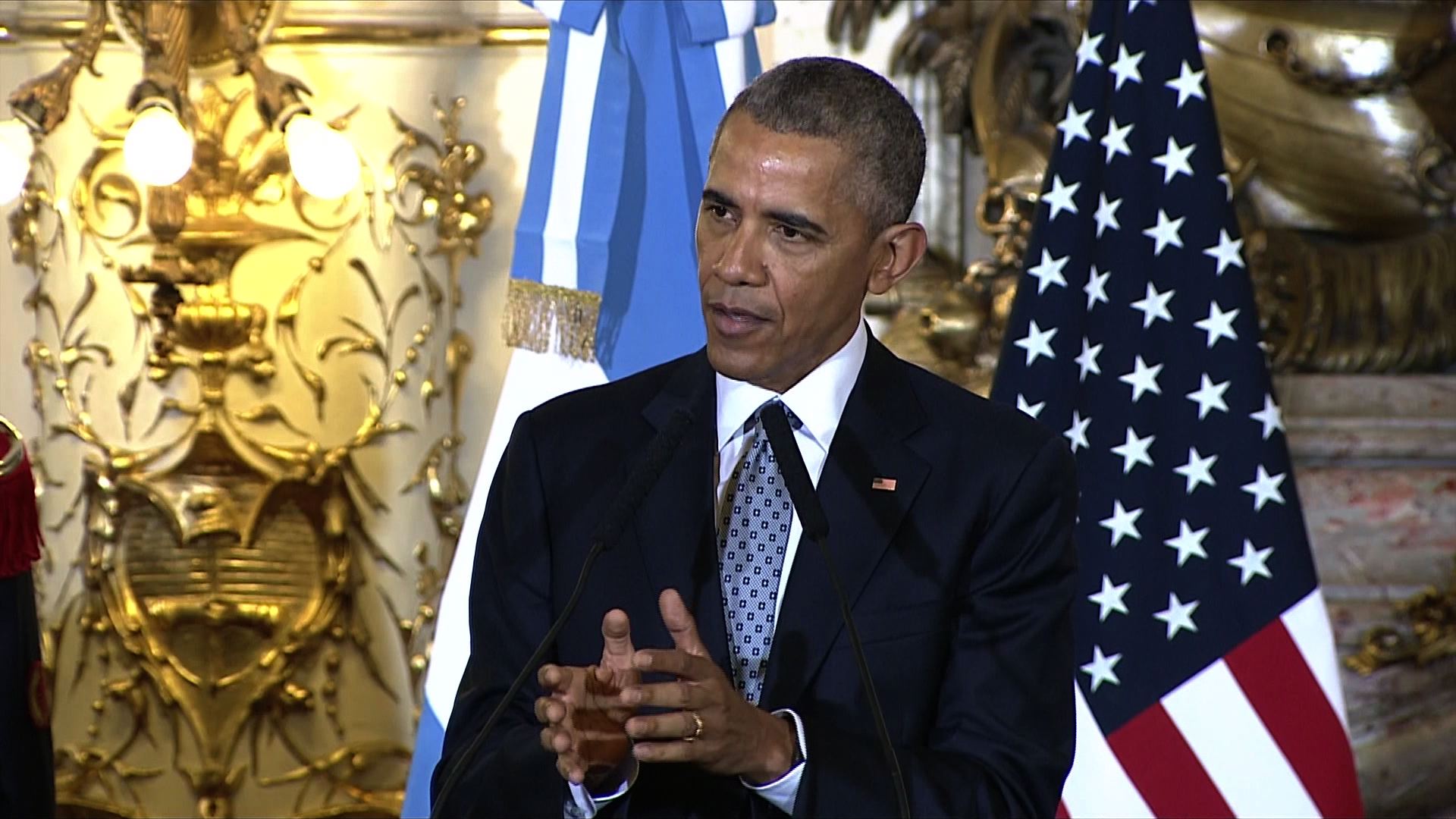 President Obama said Wednesday that Ted Cruz's new proposal to patrol and surveil Muslim neighborhoods in the U.S. to root out terrorists is "an-American" and "counterproductive."

Speaking at a press conference with Argentine President Mauricio Macri in Buenos Aires, Mr. Obama said one of the reasons why the U.S. hasn't experienced more terrorist attacks like the deadly Brussels bombings on Tuesday is because of its integrated, strong Muslim-American community.

The president said Muslim-Americans go to the same schools as everyone else, are colleagues in the same workplace and they are the men and women in uniform fighting for freedom.

"So any approach that would single them out or target them for discrimination is not only wrong and un-American, but it would also be counterproductive," Mr. Obama said, reacting to Cruz's comments a day earlier.

The president said he just left Cuba whose government has engaged in the type of neighborhood surveillance Cruz is calling for, and added that Cruz's father fled the Communist nation, searching for freedom in America.

"The notion that we would start down that slippery slope makes absolutely no sense [and] it's contrary to who were are," the president added.

Mr. Obama also said Cruz's proposal to carpet bomb ISIS in Iraq and Syria is not only "inhumane," but it runs contrary to U.S. values.

The top priority, Mr. Obama said, of his national security team, the U.S. military, diplomats and intelligence officers is to go after and defeat the Islamic State in Iraq and Syria (ISIS), which claimed responsibility Wednesday for the bombings in Brussels that left 31 people dead and 270 injured.

"We will also continue to go after [ISIS], aggressively, until it is removed from Syria and removed from Iraq, and is finally destroyed," he said.

The president said that the U.S.-led coalition against ISIS has been successful in targeting ISIS's leadership, their infrastructure and their financial systems and said the U.S. has helped take away 40 percent of ISIS territory. At the same time, he admitted that it's a challenge to detect all terrorist plots in advance.

"It's challenging to find, identify very small groups of people who are willing to die themselves and can walk into a crowd and detonate a bomb," he said.

"When we see the sight of these kind of attacks, our hearts bleed...," Mr. Obama said. "It's scares the American people and it horrifies me."

Responding to GOP criticism that he should have skipped the baseball game he attended in Havana Tuesday after the attacks, Mr. Obama said the U.S. must show ISIS, "You do not have power over us."

Two of the suicide bombers in Wednesday's attacks have been identified as Belgian brothers Khalid and Ibrahim Bakraoui. Another suspect, an ISIS bomb-maker, is on the run.