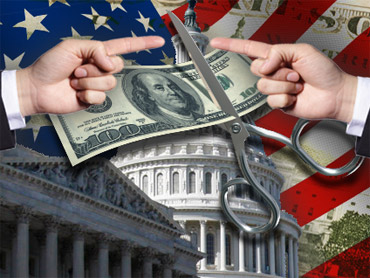 President Barack Obama is appealing to victorious Republicans to go along with his plan to extend tax cuts for the middle class, saying the election is over and it's time to down to business.

But it's not fair, he says, to make permanent the Bush-era cuts for the wealthiest because that would require the U.S. to borrow $700 billion more to pay for it.

"The campaign season is over," the president said Saturday in his weekly radio and online address. "And it's time to focus on our shared responsibilities and work together."

Mr. Obama's long-standing position has been that individuals with incomes less than $200,000 a year and couples making less than $250,000 should continue to enjoy the tax cuts enacted during George W. Bush's presidency but that those making more should return to the higher rates before Bush took office. The cuts, enacted in 2001 and 2003, are due to expire Dec. 31.

"We'd be digging ourselves into an even deeper fiscal hole and passing the burden onto our children," he said, referring to permanent extension of the tax cuts for wealthier Americans.

Republicans said this week they strongly favor renewing all the Bush tax cuts, given the struggling economy.

The White House said this past week after stinging midterm elections for Democrats that President Obama is willing to consider a compromise for a one- or two-year extension of all the tax cuts, even for families earning more than $250,000 a year.

President Obama has invited Republican and Democratic congressional leaders to meet with him on the economy and jobs after he returns from his 10-day trip to Asia.

"I believe there's room for us to compromise and get it done together," Obama said in his address.

Senator-elect Marco Rubio of Florida said in the Republican address that lawmakers owe it to the voters to make a course correction from government spending and deficits.

"The past two years provided a frightening glimpse at what could become of our great nation if we continue down the current path: wasteful spending, a growing debt and a government reaching ever further into our lives, even into our health care decisions," Rubio said.

Rubio said during the campaign that he opposes any compromise that does not extend current tax policies to all taxpayers. He said he does not support any tax increases with the economy in its current condition.
By Associated Press Writer Will Lester