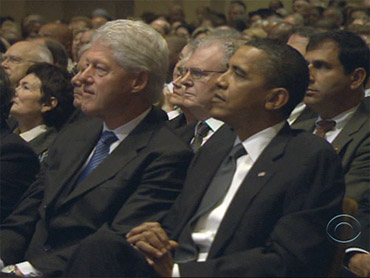 Mr. Obama's speech today will reflect on the state of the economy and make the case for immediate action on financial regulatory reform.

Mr. Obama and Clinton were previously in New York together just last week for Walter Cronkite's memorial service, at which they both spoke.