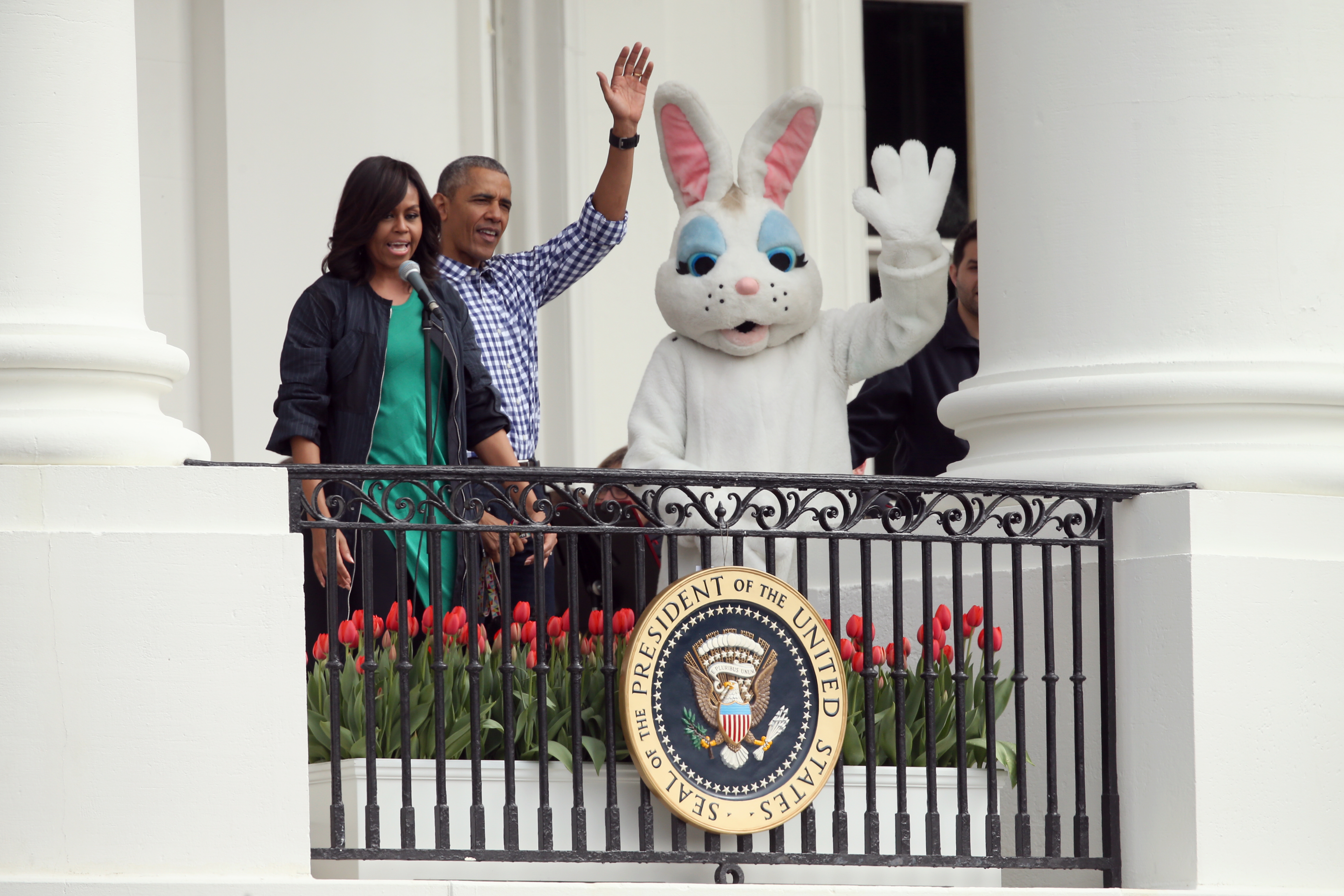 "Today is a little bit bittersweet to us because this is the Obama administration's last Easter Egg Roll," the first lady said from the Truman Balcony overlooking the South Lawn.

"When Barack and I first got here, one of the goals that we had was to open up the White House to as many people, from as many backgrounds as possible...to open it up to our kids, to our musicians, to explore our culture, to expose families to health living and to just have a lot of fun and also to our military families," she added.

Michelle Obama told the crowd to expect "a little whip and a little nae nae" and attempted to briefly demonstrate the popular dance with the president. They brought first dogs Bo and Sunny down to the South Lawn and they read classic books "Where the Wild Things Are" and "The Rainbow Fish."

Mr. Obama said "Where the Wild Things Are" is "one of my favorite books" and roared, gnashed his teeth and rolled his eyes as he read the book aloud to a group of children. The president also made his way over to the basketball court and played tennis with a few kids.

A few celebrities were at the event including Shaquille O'Neal and Idina Menzel, who sang the national anthem.

White House photographer Pete Souza posted a few photos of the Easter bunny inside the White House before the event kicked off.

Here's the bunny with O'Neal.

The White House is expecting 35,000 people to enter its grounds throughout the day on Monday for the event and have had more than 250,000 people come to the lawn for the event since Mr. Obama took office in 2009.