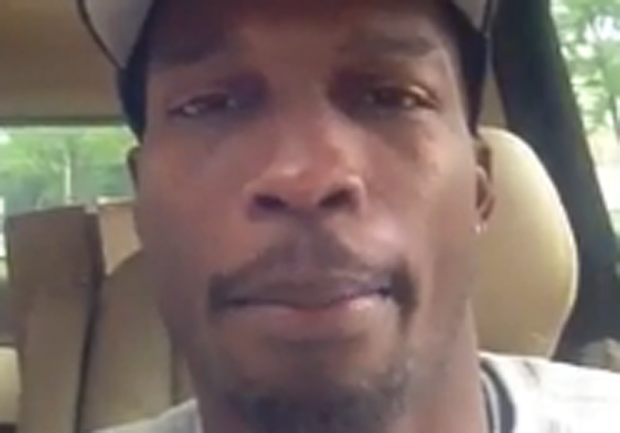 (CBS News) Chad Ochocinco has strong feelings about his coffee.

The New England Patriots wide receiver took to Twitter claiming someone had broken into his Cadillac Escalade SUV. (He even posted photos here). The crooks apparently stole his iPod and wallet, which contained his driver's license and all of his credit cards. But those lost items didn't faze Ochocinco - it was the tragic loss of his gold Starbucks card that really angered him.

The always-entertaining receiver posted a two-minute video on Twitter recounting the alleged burglary and spent a good portion of the time lamenting his lost coffee card.

A Twitter follower reported that his wallet had been found in Providence, R.I. Although the coveted gold card was missing, Starbucks reached out to Ochocinco on Twitter, telling him they will send him a new one in the mail.