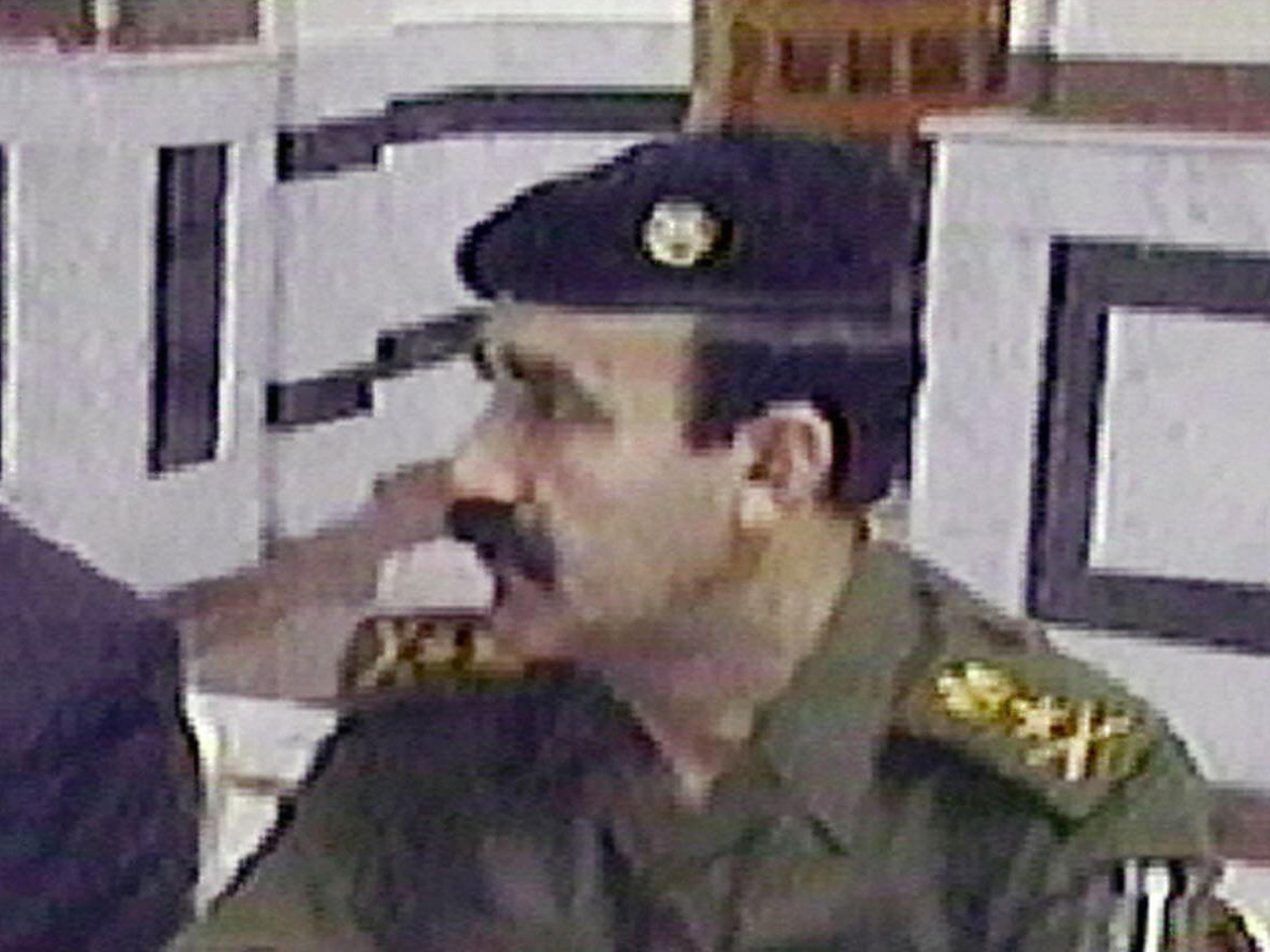 (AP) BAGHDAD - Saddam Hussein's trusted personal secretary, once No. 4 on the U.S. most-wanted list in Iraq, was executed by hanging on Thursday, the Iraqi Justice Ministry said.

Abed Hamid Hmoud was the latest in a series of former senior regime officials to be executed by Iraq's new rulers since the toppling of Saddam during a U.S.-led invasion nine years ago. Hmoud's body was to be handed over to his family later Thursday, officials said.

Hmoud, a distant cousin of Saddam, was captured by U.S. forces in June 2003, three months after the invasion. At the time, he was No. 4 on the list of wanted regime officials, after Saddam and sons Qusai and Odai. He was known as the "ace of diamonds" on the U.S. deck of cards that ranked leaders of Saddam's government.

Hmoud, in his mid-50s, was executed for persecuting members of the Shiite opposition and religious parties that were banned under Saddam, a court official said, speaking on condition of anonymity because he was not authorized to discuss the case with reporters. Hmoud was also among 15 high-profile defendants tried for their role in the brutal crushing of a Shiite uprising after the 1991 Gulf War.

As Saddam's secretary, Hmoud controlled access to the Iraqi president and was one of the few people he was said to have trusted completely, U.S. officials said in 2003. Like Saddam, who was executed in 2006, Hmoud was from the northern Iraqi town of Tikrit.

The last execution of a former regime official took place in January 2010, when Saddam's notorious cousin, known as "Chemical Ali" for his role in poison gas attacks, was put to death by hanging. Saddam's long-term foreign minister, Tariq Aziz, was sentenced to death in 2010 and awaits execution.

The toppling of the Saddam Hussein regime was followed by years of sectarian fighting and attacks by al-Qaida-linked Sunni insurgents trying to oust U.S. forces. The U.S. pulled its last soldiers out of Iraq last December.

Violence has dropped in recent years, though shootings and bombings are still common.

On Thursday, seven people were killed in a series of attacks in and around Baghdad, officials said.

At a Baghdad prison, an inmate with links to al-Qaida opened fire on guards, killing two and wounding two before killing himself, police said. The prisoner fired the shots as he was about to step into a van to head to a nearby court for a verdict in his trial on terror charges, officials said. Authorities were investigating how he obtained the gun.

In addition, five members of the security forces were killed in four separate attacks - two shootings and two roadside bombings - in and around Baghdad, officials said.

Hospital medics confirmed the casualties. All officials spoke on condition of anonymity because they are not authorized to speak to reporters.

In recent weeks, there has been a slight upsurge in violence, particularly in Baghdad.

In the Iraqi capital, authorities plan to install 13,000 security cameras in coming months, said Abdul Karim Tharb, a member of the Baghdad provincial council. He said that owners of restaurants, hotels and shops are also being asked to install surveillance cameras.

In addition, the council is planning to upgrade some of the key checkpoints in and around Baghdad to ease congestion, Tharb said.