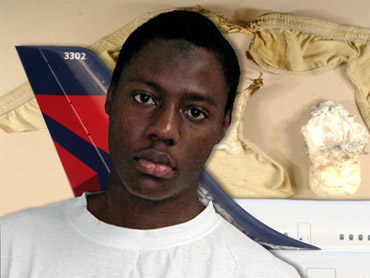 (AP/CBS)
U.S. government officials tell CBS News Thursday that there is an "ongoing credible threat" from al Qaeda in the Arabian Peninsula, the group that claimed responsibility for sending the Christmas Day bombing suspect, Umar Farouk Abdulmutallab. A senior official tells CBS News that the U.S. intelligence community is hearing chatter - communication between known terror networks - about other planned attacks against the United States and that the Christmas Day attempt was not a one-shot deal.

CBS News correspondent Wyatt Andrews reports the threat is credible, but not specific.

This mirrors reports in both Canada and France, reports CBS News. In France, the visible level of security at transportation hubs has increased. A French intelligence source tells CBS News that it is a direct result of "worrying intelligence" that is reminiscent of the pre-Sept. 11 chatter and the feeling that "something is coming."

In Canada, security levels have been increased after reports that al Qaeda may be trying to use the country as a gateway to the United States.

STRATFOR, a global intelligence company, is reporting that the government may disclose information Thursday about an ongoing terror plot by al Qaeda in the Arabian Peninsula. A source told STRATFOR that the Christmas day attack is thought to be a test run for future airline attacks and that two individuals suspected of plotting attacks are currently being pursued, but it is unclear if they are en route to the United States or already in the country.

A U.S. intelligence source told CBS News that al Qaeda will send out eight to 10 "dummies" before dispatching a bomber to test the system and monitor results. They are looking for weaknesses in security and although could try the underwear bombing again, experience shows they generally move on to something else.

Some of those measures include enhanced random screening, additional federal air marshals on certain routes and "adding individuals of concern to our terrorist watch list system," according to a press release issued by the Department of Homeland Security on Thursday.

"We are facing a determined enemy and we appreciate the patience of all Americans and visitors to our country, and the cooperation of our international partners as well as a committed airline industry," Homeland Security Secretary Janet Napolitano said in a statement. "We will continue to update and adapt our defenses as needed to ensure air travel is both safe and efficient."