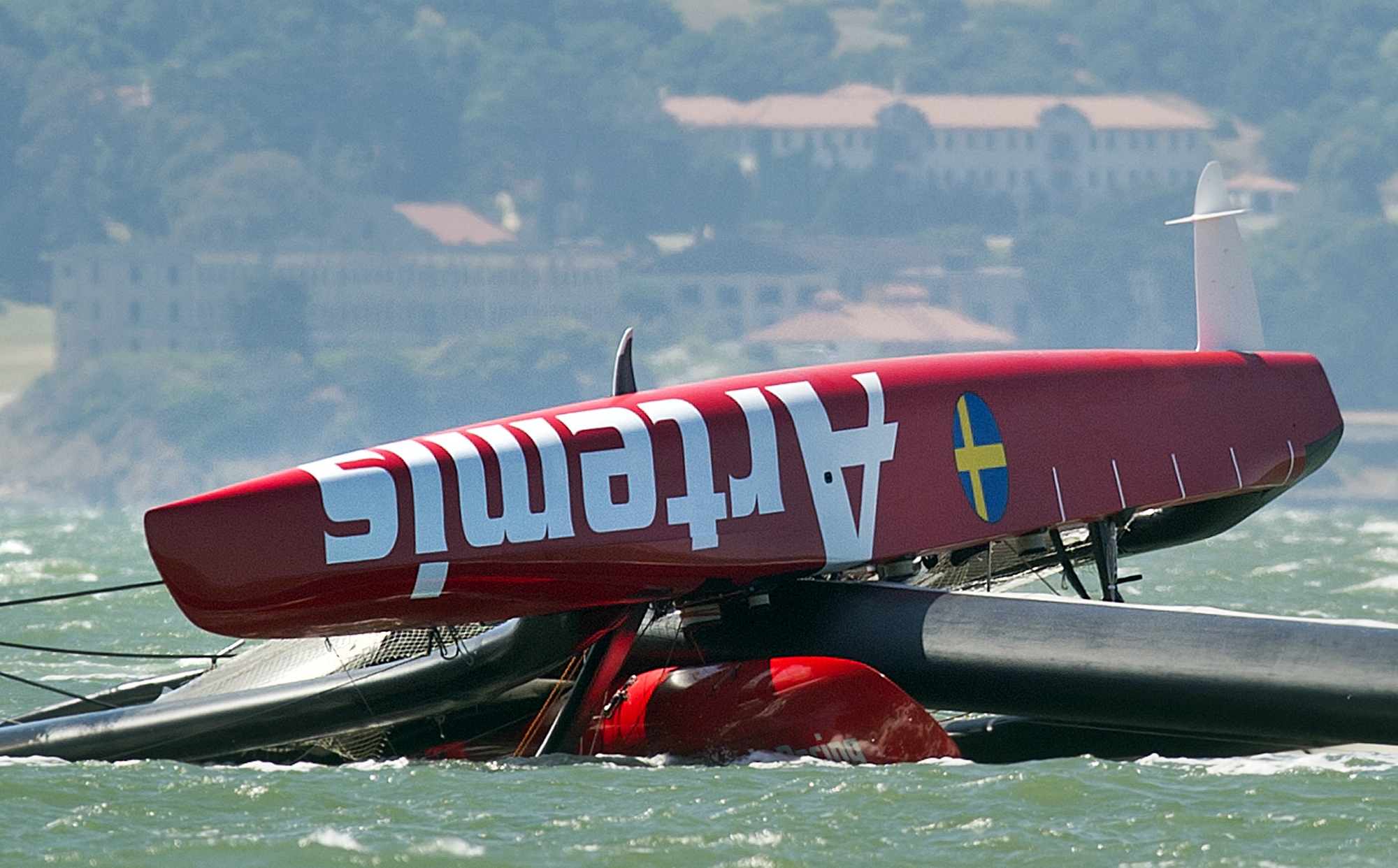 SAN FRANCISCO The America's Cup will go on as planned after the death of a sailor during a training run last week on San Francisco Bay, officials said Tuesday.

America's Cup officials made the announcement at a news conference in San Francisco. Organizers met with the four entrants earlier in the day and said the decision to race was unanimous.

"There was no discussion to calling off the event," said Tom Ehman, vice commodore of the Golden Gate Yacht Club, the official host of the 34th America's Cup.

Ehman also said they expected all four entrants to compete, including Artemis Racing and the Italian entry Luna Rossa.

Patrizio Bertelli, Luna Rossa's owner, had cast doubts on his team's continued participation when he said he had safety concerns immediately after the death of Andrew "Bart" Simpson aboard Artemis' 72-foot catamaran. Bertelli said he would leave it up to his team's sailors to make the final decision.

Ehman and regatta chief Iain Murray said cup organizers spoke with the heads of all four teams early Tuesday and that the decision to go on with the races this summer was unanimous.

"We've every reason to believe that all four teams will be competing," Murray said.

Artemis has not returned phone calls or email since the death of Simpson last Thursday afternoon. One of Artemis' two boats was badly damaged when it capsized and broke into pieces, trapping Simpson under the wreckage for more than 10 minutes.

The San Francisco Medical Examiner has not yet determined a cause of death. The San Francisco Police Department is leading the official inquiry into the accident to determine if there was any criminal negligence.

Murray said at the news conference that they are unsure how badly damaged the Artemis boat was and whether it could be repaired in time for the start of racing in July.

Artemis issued a press release Monday from Nathan Outteridge, who was at the helm of the 72-foot catamaran when it capsized. Outteridge issued a brief statement calling inaccurate a report in a New Zealand newspaper quoting his father as discussing a conversation with his son about the accident. The paper quotes the father as saying crew members heard a crack before the boat "folded like a taco."

Outteridge said the article "is not correct and does not reflect the facts."

America's Cup officials also downplayed the announcement Monday that a German organization was pulling its sponsorship of a racing team in the America's Cup youth regatta, which is scheduled for the first week of September. Five teams of sailors between the ages of 19 and 24 are scheduled to race 45-foot catamarans.

Sailing Team Germany/Norddeutscher Regatta said the death of Simpson prompted it to pull out of the youth regatta.

Cup spokesman Peter Rusch said the sailors sponsored by the Germans still want to race. Rusch said if they can't find another sponsor, another team on a "wait list" will be added to the event in their place. The youth America's Cup and the German decision to pull out have no effect on the main event.

Ehman and Murray said a six-member panel of experts has been appointed to examine the accident and to possibly recommend safety changes to the boats or the course, depending on the probe's outcome. Both said it was still too early to discuss what caused the accident.

The Artemis boat was attempting to turn downwind when it capsized. Though difficult, the maneuver was considered normal.

One hull snapped. Investigators will have to determine whether a structural problem caused the catamaran to flip, or if the capsize broke the boat. Last fall, Artemis said the front beam of the catamaran was damaged during structural tests, delaying the boat's christening.

Oracle Racing won the last America's Cup in 2010 in Spain, and its owner, billionaire Larry Ellison, picked the San Francisco Bay to defend the cup. Three teams have signed up to challenge and are scheduled to begin racing one another in July to determine who will take on Oracle. The finals against Oracle begin in September.