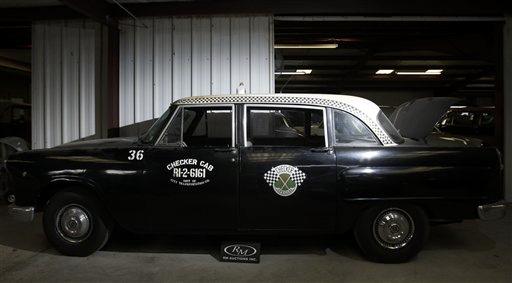 "Now is not the time for us to be engaging in unilateral disarmament" on the legal weapons now available for fighting terrorism, Attorney General Alberto Gonzales said. He said that some of the most controversial provisions of the Patriot Act have proven invaluable in fighting terrorism and aiding other investigations.

"It's important that these authorities remain available," Gonzales told the Senate Judiciary Committee.

The Patriot Act is the post-Sept. 11 law that expanded the government's surveillance and prosecutorial powers against suspected terrorists, their associates and financiers. Most of the law is permanent, but 15 provisions will expire in December unless renewed by Congress.

During his testimony, Gonzales acknowledged for the first time that FBI agents used provisions of the Patriot Act during their investigation last year of a Portland attorney who was wrongly jailed for two weeks on suspicion of involvement in the Madrid train bombings.

The Patriot Act allows for covert searches of homes, without conventional search warrants.

Brandon Mayfield, who is a Muslim, was jailed last May after his fingerprint was incorrectly matched to one found on a bag of detonators near the scene of the March 11, 2004, Madrid attack, which killed 191 people. He was released after the FBI admitted its mistake.

"There were certain provisions of the Patriot Act that were used" in the Mayfield case, Gonzales said.

The statement was notable because the Justice Department has previously denied that the Patriot Act came into play in the Mayfield case.

In fact, Gonzales said so earlier Tuesday at the same hearing. "The Patriot Act was not used in connection with the Brandon Mayfield case," he said in response to a question from Sen. Dianne Feinstein, D-Calif.

More than an hour later, after Feinstein asked another question, Gonzales said he needed to correct his earlier answer.

Mueller said sections of the law that allow intelligence and law enforcement agencies to share information are especially important.

"Experience has taught the FBI that there are no neat dividing lines that distinguish criminal, terrorist and foreign intelligence activity," Mueller said in his prepared testimony.

He also asked Congress to expand the FBI's administrative subpoena powers, which allow the bureau to obtain records without approval or a judge or grand jury.

While Gonzales and Mueller were testifying, Sens. Larry Craig, R-Idaho, and Dick Durbin, D-Ill., planned to reintroduce legislation designed to curb major parts of the Patriot Act that they say went too far.

"Cooler heads can now see that the Patriot Act went too far, too fast and that it must be brought back in line with the Constitution," said Gregory Nojeim, associate director of the American Civil Liberties Union's Washington legislative office.

The ACLU is part of an unusual coalition of liberal and conservative groups, including the American Conservative Union, that have come together in a joint effort to lobby Congress to repeal key provisions of the Patriot Act.

Among the controversial provisions is a section permitting secret warrants for "books, records, papers, documents and other items" from businesses, hospitals and other organizations.

That section is known as the "library provision" by its critics. While it does not specifically mention bookstores or libraries, critics say the government could use it to subpoena library and bookstore records and snoop into the reading habits of innocent Americans.

But the criticism has led five states and 375 communities in 43 states to pass anti-Patriot Act resolutions, the ACLU says.

Even some Republicans are concerned. Senate Judiciary Chairman Arlen Specter, R-Pa., has suggested it should be tougher for federal officials to use that provision.

Gonzales already has agreed to two minor changes to the provision, and was expected to address those Tuesday, a Justice Department official said on condition of anonymity so as not to pre-empt Gonzales' testimony.

He will support giving someone who receives a secret warrant under the provision the right to consult a lawyer and challenge the warrant in court, and will back slightly tightening the standard for issuing subpoenas, the official said.

Neither change addresses the central concern of opponents, which is that it allows the government to seize records of people who are not suspected terrorists or spies.

Critics say the law allows the government to target certain groups, but the Justice Department counters that no Patriot Act-related civil rights abuses have been proven.

Just in case, Craig and Durbin want Congress to curb both expiring and nonexpiring parts of the Patriot Act, including the expiring "library" provision and "sneak and peek" or delayed notification warrants. Those warrants — which will not expire in December — allow federal officials to search suspects' homes without telling them until later.

The Justice Department said federal prosecutors have asked for 155 such warrants since 2001.

Gonzales also notes that the law has been used in non-terrorism cases. For example, federal officials used it to track over the Internet a woman who ultimately confessed to strangling an 8-months-pregnant woman and cutting the fetus from her womb.