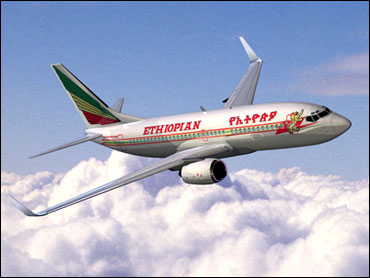 Lebanese aviation and security officials say an Ethiopian Airlines plane with about 90 people on board has crashed into the sea shortly after takeoff from Beirut.

The plane went down early Monday, the officials said. They spoke on condition of anonymity because they are not authorized to speak publicly.

The Boeing 737-800 took off around 2 a.m. local time (around 0000 GMT) and was headed to Addis Ababa, the Ethiopian capital. About 50 of the passengers were Lebanese, the officials said.

Police officials ruled out terrorism as the cause of the crash and said it was likely weather-related. It has been raining heavily, with lightning in Beirut since Sunday night.

Lebanese naval ships were scrambled to find the location of the crash.