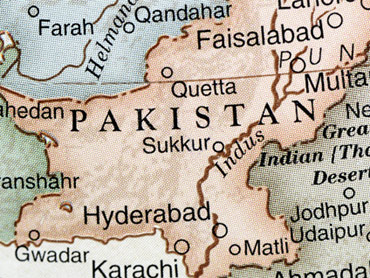 The two officials said Saturday that the midnight attack hit the Mohammad Khel area of North Waziristan. The U.S. is believed to have launched a slew of missile strikes against suspected Taliban and al Qaeda targets in the area since the start of the year.

The identities of the five killed in the latest strike were not immediately known.

The officials spoke on condition of anonymity because they were not authorized to speak to the media.

Pakistan's government routinely criticizes the strikes as an infringement of national sovereignty, but it is widely assumed to privately support the attacks and help provide intelligence.