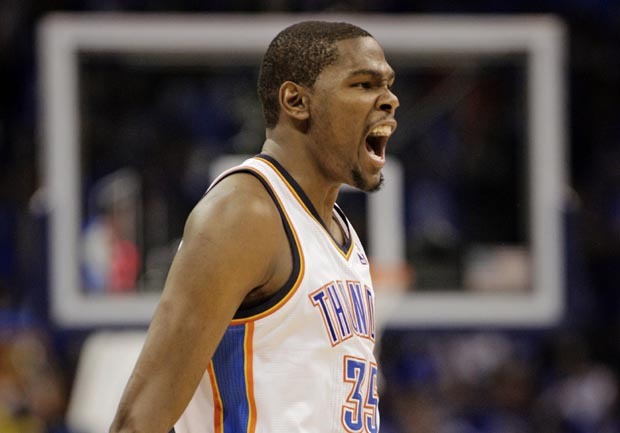 (CBS/AP) OKLAHOMA CITY - For the second time in less than a week, Kobe Bryant and the Los Angeles Lakers must figure out how to fight back after a humbling loss.

Bryant responded the first time by calling out his teammates for lackluster effort.

This blowout came four days after Bryant's Lakers trailed by as many as 28 in a loss at Denver, then bounced back to win Game 7. They'll need to find some answers before Game 2 in Oklahoma City on Wednesday night.

"I've seen both sides of that equation and my experience has taught me just to be patient and to think the game through," said Bryant, who tied Andrew Bynum for the team lead with 20 points.

The Thunder took a 15-point halftime lead, opened the third quarter with a 15-2 blitz filled with crowd-pleasing 3-pointers and dunks, and never looked back. The final margin ended up being the fourth-largest in the history of the Oklahoma City franchise, including its years in Seattle.

The Thunder were well rested and it showed, says CBSSports.com's Royce Young.

"They were a starved group of circling sharks dying to feed. They needed their basketball fix, and the Lakers happened to be the chum," Young writes.

It matched the 12th-largest defeat in Lakers postseason history, and the sixth worst of Bryant's career. Three of those losses came in close-out games when L.A. was done for the series. Once was the start of a four-game sweep. The other two times, the Lakers came back to win the next game — both during their run to the 2000 NBA title.

"We got beat tonight. You can say anything you want to about a seven-game series and us having a day or whatever," Los Angeles coach Mike Brown said. "The bottom line is this is the playoffs, we've got to come to play and we didn't. We got beat.

"It's one game, so we've got to bounce back for the next one."

BOSTON - Evan Turner made the go-ahead layup with 40.4 seconds left and Philadelphia held off Boston the rest of the way with six straight free throws as the 76ers evened the second-round Eastern Conference series with an 82-81 victory Monday night.

Turner finished with 10 points, including his layup that put the Sixers up 76-75. He added two free throws with 12 seconds to go.

Kevin Garnett had 15 points and 12 rebounds and Ray Allen scored 17 points for the Celtics.

Game 3 is Wednesday in Philadelphia.

Philadelphia won its first playoff game in Boston since 1982 despite committing a playoff-high 19 turnovers and getting outrebounded 47-36.