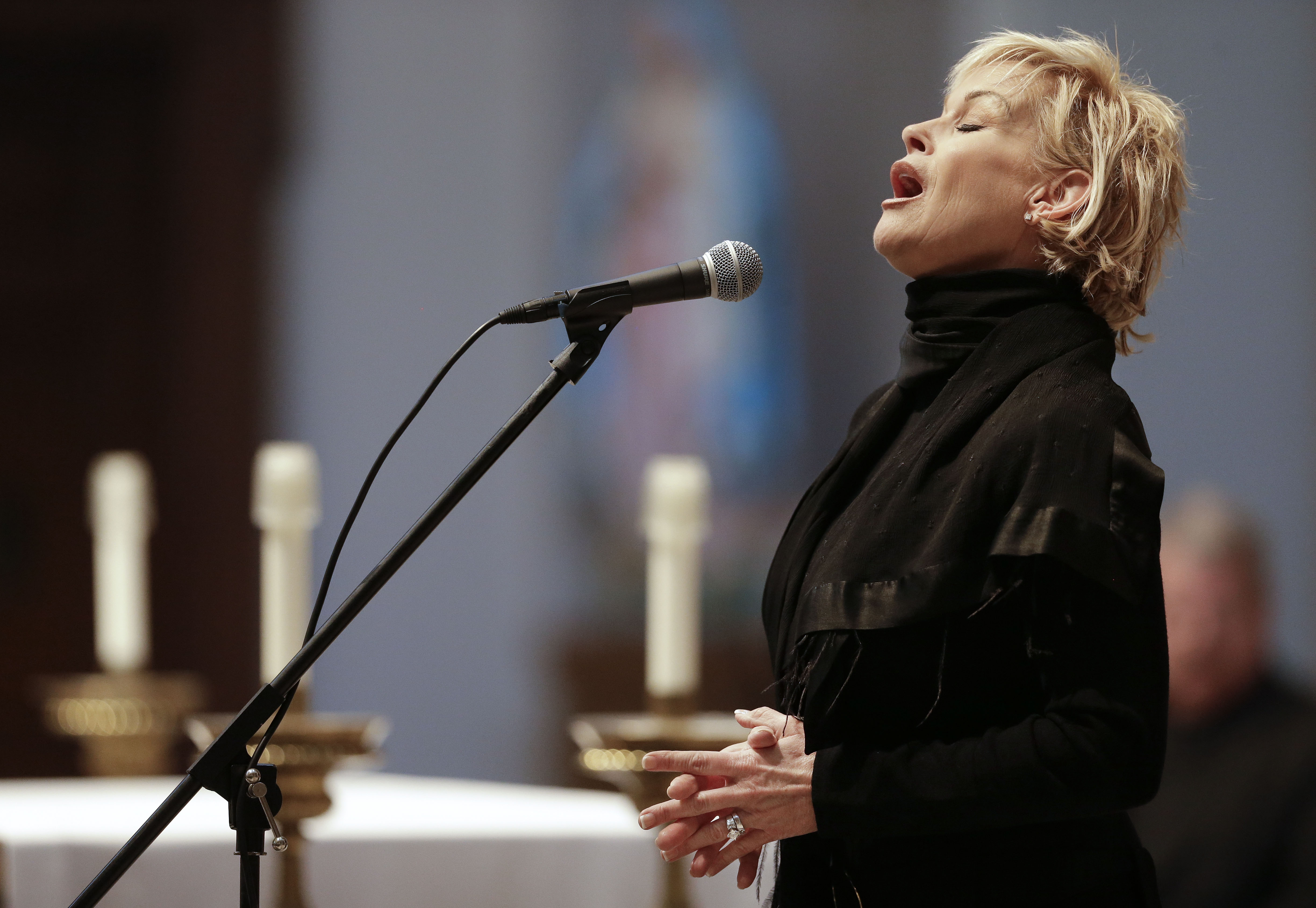 NASHVILLE, Tenn. Mindy McCready's time in Nashville was filled with music, and her memorial service in Music City reflected that.

Old friends Bryan White, Lorrie Morgan and Bekka Bramlett sang for McCready and family members spoke about her difficulties and triumphs during the hour-long remembrance Wednesday at the Cathedral of the Incarnation.

"She achieved many of her dreams with No. 1 records and fame," said singer Lorrie Morgan, a former label mate of McCready's. "But we all know fame and fortune do not ensure happiness."

The Nashville memorial attended by about 200 comes two weeks after her funeral in her hometown of Fort Myers, Fla.

McCready shot herself last month on the front porch of the home she once shared with her fiance, David Wilson, in Heber Springs, Ark., authorities have said. That's the same spot where Wilson, the father of her second son, committed suicide a month earlier.

Authorities continue to investigate both deaths.

The 37-year-old, who struggled with drug and alcohol addiction and endured a series of failed and sometimes abusive relationships, had suffered a series of recent setbacks as well. She'd lost custody of her sons and checked out of a court-ordered substance abuse rehabilitation program in the days before her death.

A pair of McCready's cousins spoke for the singer's family. Ashley Webb read a letter from McCready's father, Tim, who said he watched his daughter deteriorate every day in the weeks after Wilson's death. Another cousin, Tristan White, said McCready "was passionate in everything she did. Sometimes that passion got her in trouble."

White also thanked a list of friends who went "above and beyond" for McCready, including Dr. Drew Pinsky, the "Celeb Rehab" host who attempted to help McCready and reached out to her in the days after Wilson's death. Pinsky has been criticized because five "Celeb Rehab" alumni have died since appearing on the show.

"All these people are people who made a huge impact on Mindy's life," White said.

McCready's former producer Jimmy Nichols, who helped guide her to the biggest successes of her singing career in the mid-to late-1990s, said he'd heard from McCready in the days before her death. She was seeking help with a song she wanted to put out in an attempt to restart her career. She sadly told him all she really wanted was her children back.

"I love you, Mindy. Rest well," he said. "You have so many angels guarding your soul tonight."