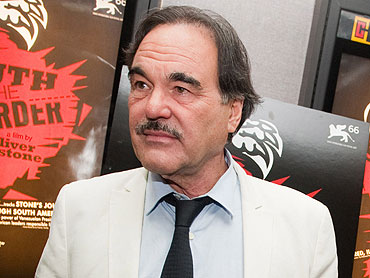 Stone was presented with the award on the closing night of the Boulder International Film Festival.

Of the 31 Academy Award nominations he has received, Stone has taken home three Oscars, including two for best director in a motion picture and one for best adapted screenplay. His most recent work consists of "World Trade Center" (2006), "W." (2008) and "Wall Street: Money Never Sleeps" (2010).