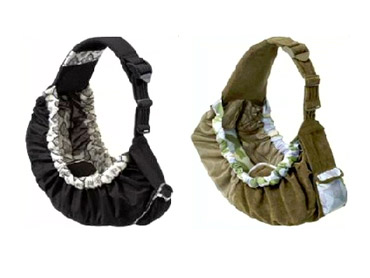 The popularity of baby slings has been on the rise over the past four years.

But, reports "Early Show" Consumer Correspondent Susan Koeppen, the Consumer Product Safety Commission says two slings are considered so dangerous they're being pulled from the market, and parents are being told to stop using them.

Earlier this month, "The Early Show" broke the news that federal regulators were warning of possible suffocation hazards posed by baby slings -- which parents put around their necks and carry their babies in.

Now, the CPSC has announced the voluntary recall of one million slings made by Infantino.

The Sling Rider and the Wendy Bellissimo are being pulled because they pose a suffocation risk, Koeppen says.

Asked by Koeppen how quickly a child could suffocate in "one these slings," CPSC Chairman Inez Tenenbaum responded, "In a matter of minutes."

"You might have your baby in a sling next to you and not notice that the baby has gone into (a) position (in which he or she) cannot breathe" until it's too late, Tenenbaum added.

That, notes Koeppen, is exactly what happened to seven-day-old Derrik Fowler during a shopping trip with his mother, Lisa Cochran.

She'd been carrying her newborn in a sling made by Infantino. "By the time I got to the car and pulled him out of the sling to put him in his car seat, he was no longer of normal color," Cochran recalls.

Infants younger than four months are at greatest risk in slings, Koeppen points out, because their weak neck muscles mean they have no head control. An infant can curl into a "C"-shape, with the chin falling into the chest -- restricting the baby's airway.

There are no federal or voluntary safety standards for infant slings.

In a statement, Infantino says, "Safety is our No. 1 concern," adding it "has also been working closely with the CPSC and other agencies … to develop safety standards for baby slings."

But, observes Koeppen, that's of little consolation to mothers such as Cochran, who says, "As a first-time mom, I had no clue I could walk into a store and pick something off the shelf that wasn't safe."

Consumers are being advised to stop using the recalled Infantino baby slings immediately and contact the company for a free replacement product.

To get it, take the tags off your recalled sling and send the tags to Infantiono, Koeppen says, adding, "There are three different products that you could get in return. You have a choice. There is a shopping cart carrier. There is a different type of baby carrier. There's also an activity gym that you can receive for free."

As for baby slings not included in the recall, Koeppen repeated parent sholdn't use them if their infant is less than four months old.

The CPSC, Koeppen says, is also looking at all baby slings, investigating them -- the ones that are on the market currently -- and will be working toward mandatory federal safety standards.