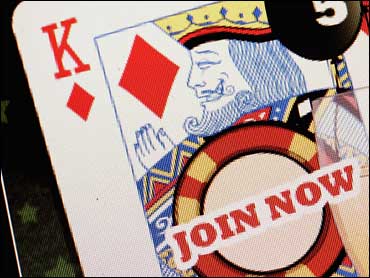 Prohibition didn't work with alcohol and it's not working with Internet gambling now, say lawmakers pushing Congress to approve long-shot legislation that would legalize and tax online wagering.

Rep. Jim McDermott, D-Wash., told his colleagues during a congressional hearing Wednesday that millions of Americans gamble on the Internet each day, despite laws to prevent it. Citing industry analysts, McDermott said they wager nearly $100 billion annually, generating an estimated $5 billion for offshore operators.

He said the money would be put to better use in the U.S. and would create thousands of jobs for people who would be employed by licensed gambling sites.

"Regulation and taxation have proven to be a better policy for our country when it comes to alcohol," McDermott said. "The same is true for online gambling."

Realistically, supporters realize that Congress is highly unlikely to pass legislation this year on the subject, but they hope to lay the groundwork for the future with hearings like the one that took place Wednesday before the House Ways and Means Committee.

While McDermott's bill would provide for taxing Internet gambling, companion legislation from Rep. Barney Frank, D-Mass., would license and regulate the industry. The Treasury Department would be tasked with licensing operators that meet financial requirements and pass criminal background checks.

Frank's legislation prohibits the operators from accepting sports bets as well as bets initiated in states or tribal lands that prohibit that particular type of Internet gambling. It has drawn support from online poker players.

The House voted overwhelmingly four years ago to ban financial institutions from handling transactions made to and from Internet gambling sites. The ban is set to begin June 1.

Opponents of the proposed legislation called the hearing a waste of time.

"It's pretty clear to me that Congress is not about to legalize, let alone legalize and tax Internet gambling," said Rep. Wally Herger, R-Calif. "There are far more pressing issues we should be focused on."

Rep. Bob Goodlatte, R-Va., told lawmakers that almost all the nation's attorneys general have opposed similar legislation in the past. He referred to a constituent whose son committed suicide after generating enormous debts from Internet gambling.

"Unfortunately, financial ruin and tragedy are not uncommon among online bettors," Goodlatte said.

Democratic Rep. Shelley Berkley, whose congressional district includes Las Vegas, said online betting has never been more popular, despite efforts to stop it. She said she supports efforts to legalize it, which would allow Nevada casinos to participate in the online market, but she can't support the taxes McDermott proposed.

"Participation in the Internet gambling market by reputable U.S. companies will ensure that U.S. players are able to choose operators based on their integrity and security, and not just their availability," Berkley said.