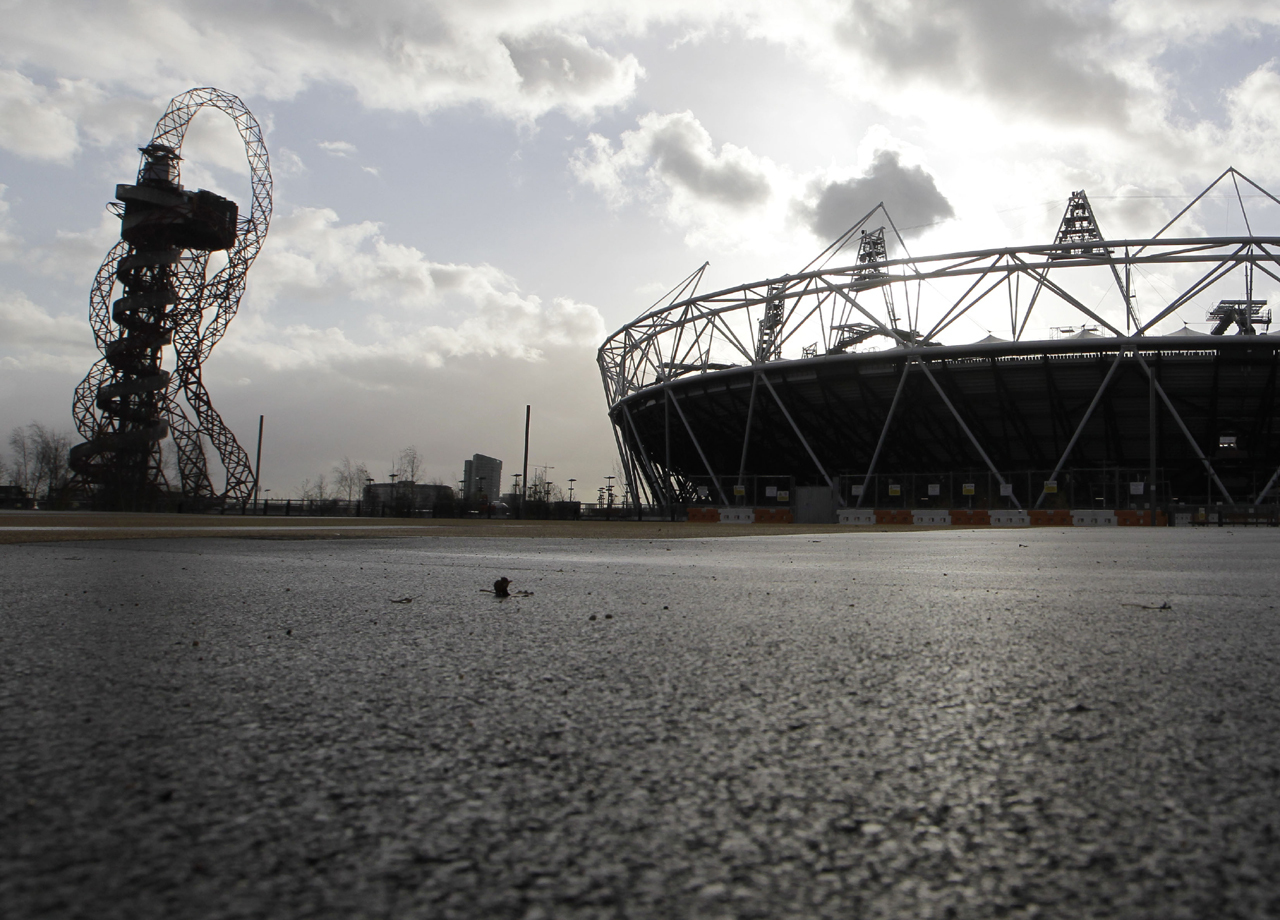 The tower stands near the Olympic Stadium, and is the tallest sculpture in Britain — twice as tall as Nelson's Column, and about 72 feet taller than the Statue of Liberty.

Some critics have called the bright red structure an eyesore, but artist Anish Kapoor, who designed it, says he finds it beautiful.

And, he notes, the Eiffel Tower was considered a monstrosity by many when it was first built.

BBC News reports that the ArcelorMittal Orbit tower will open to the public for the Games in July, offering panoramic views for the price of 15 pounds for adults, 7 pounds for children. Tickets go on sale beginning May 29.

And while visitors will be carried to the top of the 35-story structure by elevators, they may choose to walk down a spiral staircase.

Olympic authorities also have announced plans for the 560-acre site, which will be dubbed the Queen Elizabeth Olympic Park, to include a lush river valley, biking trails and a tree-lined promenade.

The park will open in stages, and won't be fully opened to the public until a year and a half after the Games.