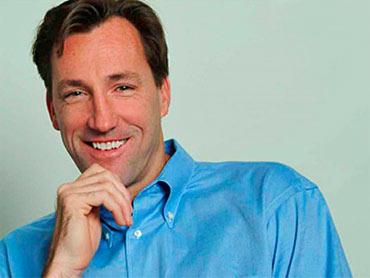 According to the Associated Press, Dudley's lead may not hold: Most of the ballots yet to be counted are in Multnomah County, "where Kitzhaber was heavily favored among the large Democratic majority in Portland."

Dudley's 49 percent to 48 percent lead comes despite an easy victory for the Democratic senator in the race, incumbent Ron Wyden, who beat Republican Jim Huffman by 15 percentage points.

Dudley is a nearly seven-foot-tall former professional basketball player who played in 886 games despite a scoring average of less than four points per game and notoriously poor free throw shooting.

The Yale graduate played for the Portland Trail Blazers for two stints between 1993 and 2003 and stayed in the area upon retirement. Among his campaign contributors were N.B.A. Commissioner David Stern and former teammates Clyde Drexler and Terry Porter.

Dudley, who lacked political experience going into the race, cast himself as a social moderate but fiscal conservative looking to cut business taxes in a state with an unemployment rate above ten percent. That position seemed well suited to the state's independent voters, but the AP reports they did not come out in high numbers.

There are 200,000 more Democrats than Republicans in Oregon, but independents are 20 percent of the electorate and broke to Republicans this year nationwide.

Dudley outraised Kitzhaber, the state's former governor, in the race. The Democrat got a boost, however, from a visit from President Obama in the final days of the campaign.