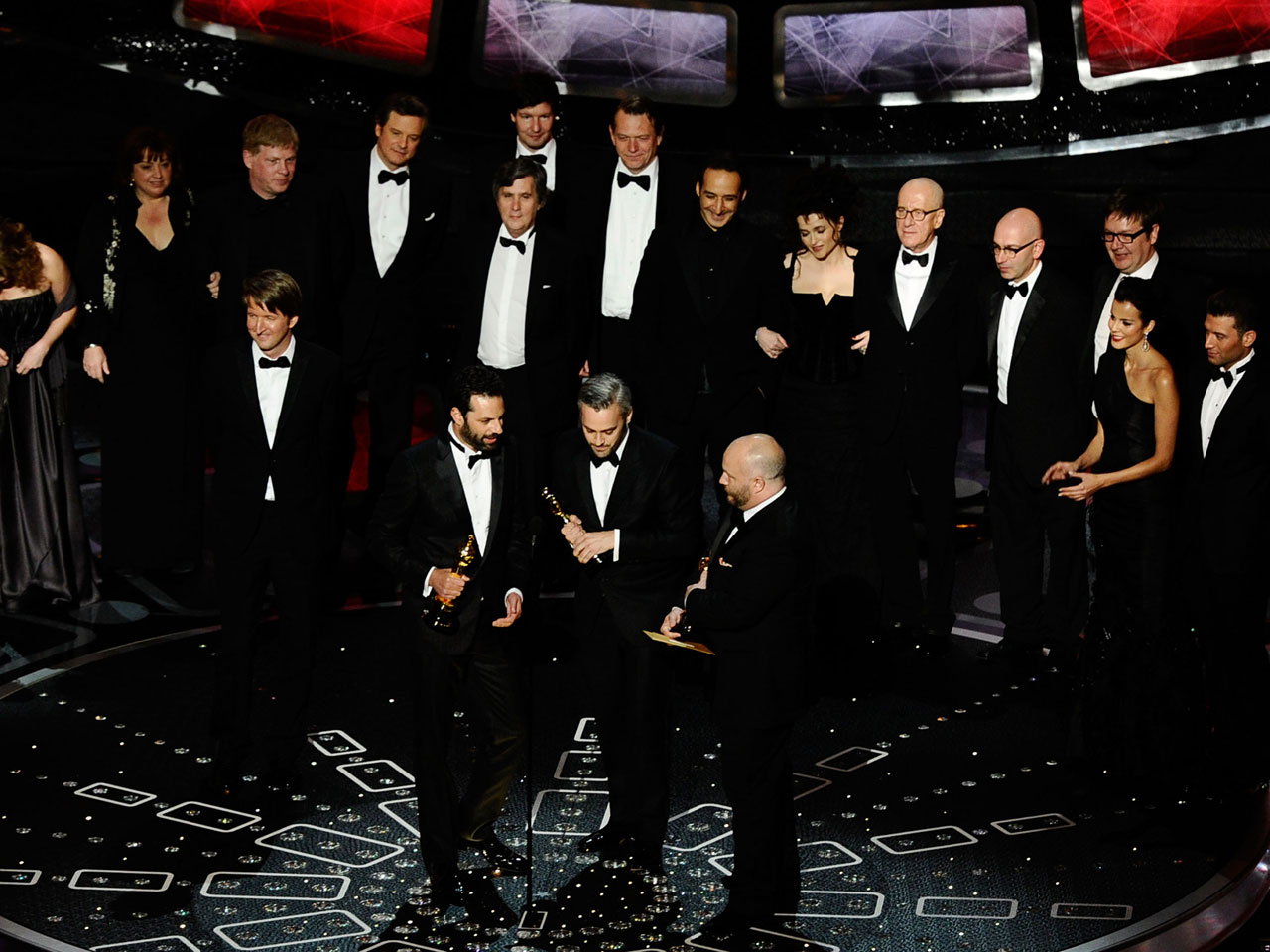 (CBS/AP) LOS ANGELES - "The King's Speech" was crowned best picture at Sunday's Academy Awards, in a ceremony where the monarchy drama led, as expected, with four Oscars and predictable favorites claimed acting honors.

The boxing drama "The Fighter" claimed both supporting-acting honors, for Christian Bale as a boxer-turned-drug-abuser and Melissa Leo as a boxing clan's domineering matriarch.

"The King's Speech" also won the directing prize for Tom Hooper and the original-screenplay Oscar for David Seidler, a boyhood stutterer himself, who dedicated the award to all the stutterers around the world.

"I have a feeling my career's just peaked," Firth said. "I'm afraid I have to warn you that I'm experiencing stirrings somewhere in the upper abdominals which are threatening to form themselves into dance moves."

Among the nominees Portman beat was Annette Bening for "The Kids Are All Right." Bening now has lost all four times she's been nominated.

"Thank you so much. This is insane, and I truly, sincerely wish that the prize tonight was to get to work with my fellow nominees. I'm so in awe of you," Portman said. She also thanked her parents for giving her life and finace Benjamin Millepied for giving her "the most important role" of her life.

Network censors bleeped Leo for dropping the F-word during her speech. Backstage, she jokingly conceded it was "probably a very inappropriate place to use that particular word."

"Those words, I apologize to anyone that they offend. There is a great deal of the English language that is in my vernacular," Leo said.

When Bale accepted his award, he joked that he would keep his language clean. "I'm not going to drop the F-bomb like she did," he said. "I've done that plenty of times before."

Hooper, a relative big-screen newcomer best known for classy TV drama, took the industry's top filmmaking prize over Hollywood veteran David Fincher, who had been a strong prospect for his Facebook drama "The Social Network."

The prize was presented by last year's winner, Kathryn Bigelow, the first woman to earn a directing Oscar.

"Thank you to my wonderful actors, the triangle of man love which is Colin Firth, Geoffrey Rush and me. I'm only here because of you guys," Hooper said, referring to his film's male costars.

The Oscar for adapted screenplay went to Aaron Sorkin for "The Social Network," a chronicle of the birth of Facebook based on Ben Mezrich's book "The Accidental Billionaires." "The Social Network" also won for musical score for Trent Reznor and Atticus Ross, and for film editing.

The sci-fi blockbuster "Inception," which came in with eight nominations, tied with "The Kings Speech" with four Oscars, all in technical categories: visual effects, cinematography, sound editing and sound mixing.

"Toy Story 3," last year's top-grossing release and a contender for best picture, won the fourth-straight animated-feature Oscar for Disney's Pixar Animation unit. Pixar has produced six of the 10 Oscar recipients for animation since the category was added, including "Finding Nemo," "WALL-E" and last year's winner, "Up."

The Oscar for foreign-language film went to Danish filmmaker Susanne Bier's "In a Better World," a saga of two broken families that centers on two teenage boys struggling with violence at school and plotting revenge.

The Lewis Carroll update "Alice in Wonderland" won the first prize of the night, claiming the art direction Oscar. It also won for costume design.

The show opened with co-hosts Anne Hathaway and James Franco inserted into a montage of scenes from best-picture nominees, built as a series of "Inception"-style dream sequences. The footage included such guests as Morgan Freeman and last year's Oscar co-host Alec Baldwin.