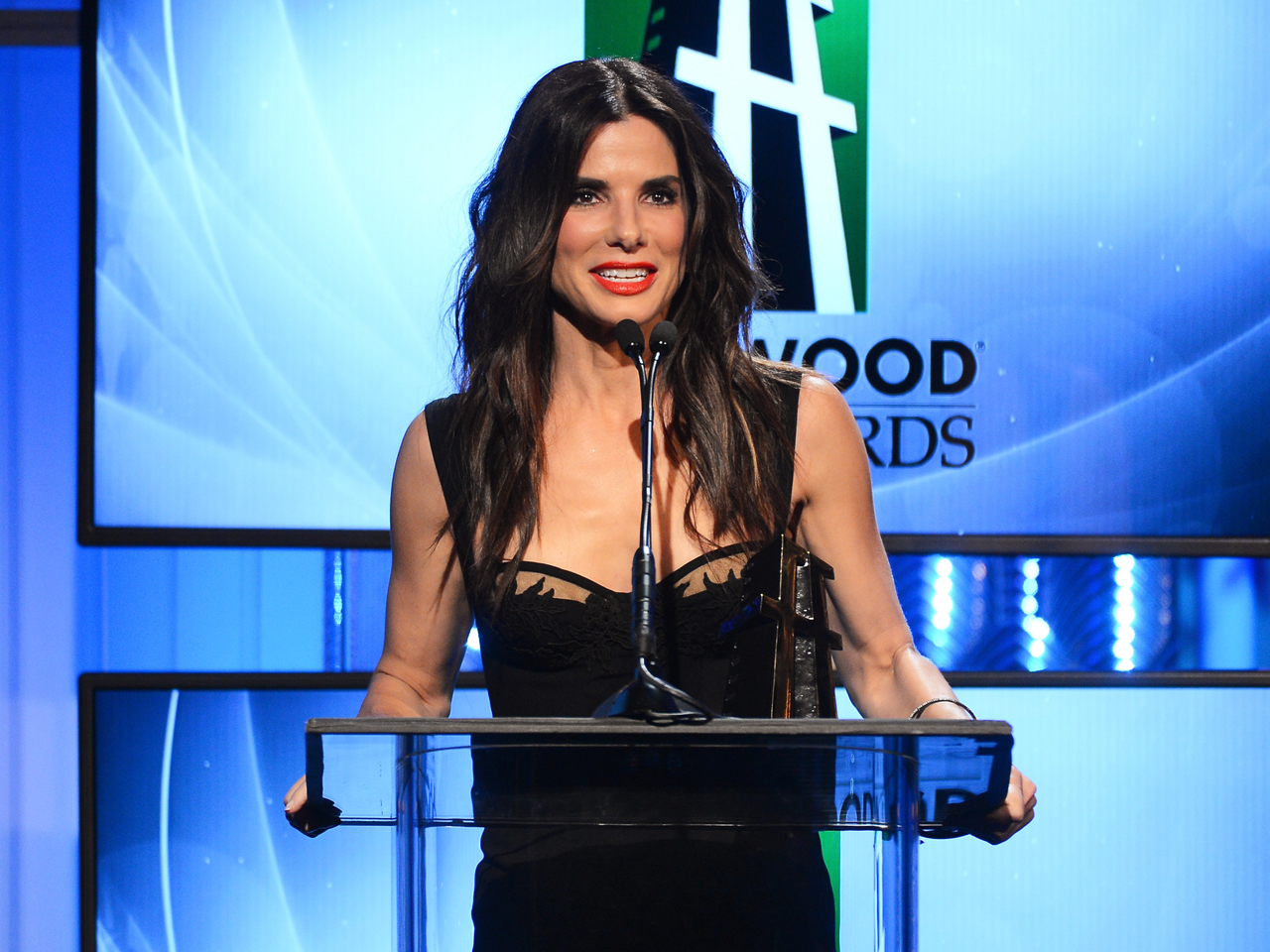 The countdown to Oscars revved up on Monday, as a parade of stars stepped out for the 17th annual Hollywood Film Awards.

The non-televised event, held at the Beverly Hilton in Los Angeles, brought out a bevy of honorees -- Matthew McConaughey, Sandra Bullock, Jake Gyllenhaal, Julia Roberts and Harrison Ford among them -- and other famous faces came out to present those stars with their awards.

Kanye West was on hand to present the Hollywood Breakout Director Award to "12 Years a Slave" helmer Steve McQueen, calling the film "extremely moving." (After his appearance at the gala, West flew to San Francisco, where he proposed to girlfriend Kim Kardashian.)

"It's crazy what happens when people find out that you look great in a skirt. You get invited to all the cool parties," he joked of his portrayal of an HIV-positive, transgender woman.

The Hollywood Supporting Actress Award went to Roberts for "August: Osage County" (which also won the Hollywood Ensemble Award). Taking the stage after a lengthy introduction from Sean Penn, she thanked her husband, Danny Moder, calling him "the singular man who got me out of the house and on a plane to Oklahoma to do this [movie] -- and it made me believe in myself in a whole brand new way."