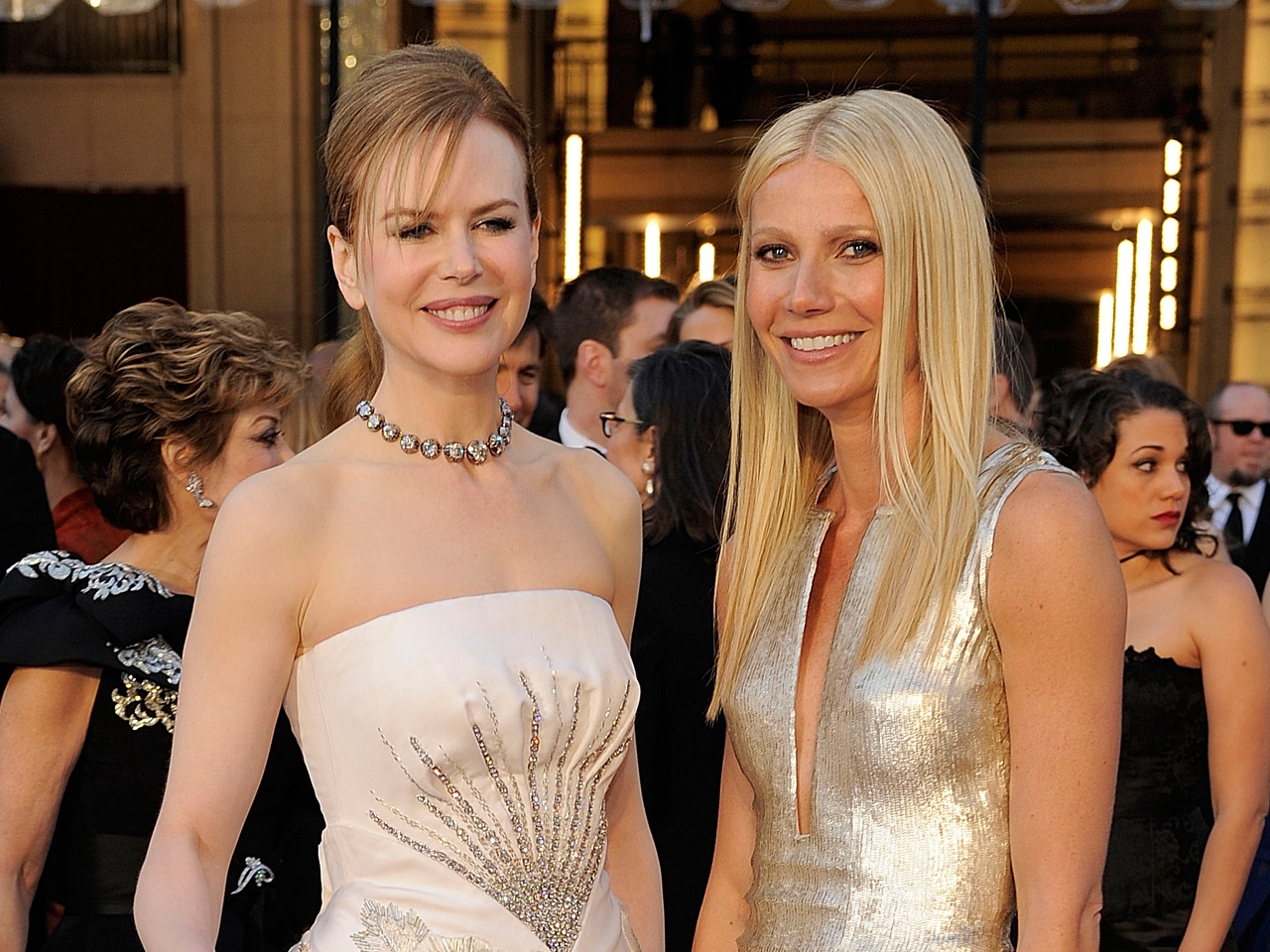 Oscar night is all about fashion. Every year, the hits and misses are as memorable -- if not more so -- than who took home the golden statues.

And on "The Early Show" Monday,  Style Contributor Katrina Szish and Jay Manuel, creative director of "America's Next Top Model," recapped the styles that made a splash and shared whom they thought made the biggest marks -- for good or bad -- on the red carpet.

Katrina: Definitely there was lots of red. My favorite here is Jennifer Lawrence. She made red the most modern and sexy. She let the colors speak for itself. She wore minimal jewelry. The dress was very simple and fit her very well. Her dress was from the Calvin Klein collection and they made it for her specifically.

Jay: I think it's really more of a coincidence than it representing a trend right now. These ladies are smart. Red looks great on the red carpet.

Jay: In general you always have to be careful of the color of the stones to make sure it works with your skin tone. You don't want it to be so much you look like a disco ball. It can really make such a difference as to how it registers on camera. I'm always a huge fan of Cate Blanchett, I thought it was a work of art, but did it work? Michelle Williams, it was so classic and simple, and it made a bold statement. Amy Adams - I thought the whole look was very retro and worked. I loved Mandy Moore. Some people were saying it looked like she was in crystals. I disagree. I thought it was great.

Katrina: The days of the plain simple, satin gowns are gone. It's really about having unique embellishments, whether it's Cate Blanchett in her dress, which gave it an almost architectural effect, or all-over sequins that we saw on Amy Adams.

Jay: For the last few years everyone has talked about statement jewelry...and it's about elegance and simplicity now.

Katrina: I noticed less jewelry than normal. I almost think the big gowns, in these cases, became the jewelry. You didn't need jewelry.

Katrina: I think the guys were a yawn. I like guys without bells and whistles. I liked Justin Timberlake in Tom Ford and I think it was perfectly tailored to him. I like that he went classic, he wasn't trying to make a hip statement. He was appropriate.

Jay: I'm all for classic black. I'm a Tom Ford fan so I get it. I think it's OK to break from the mold. Impeccable tailoring is key for me and Timberlake. Navy is a huge color. Robert Downey Jr. was in a navy blue tuxedo. Navy leather suits or a tux jacket is really big.

Katrina: My best dressed is Gwyneth Paltrow. She was wearing Calvin Klein. I loved the overall shimmery effect of it. It almost looked like water pouring down, liquid metal. I loved the look. I thought it was really refreshing. It was simple, not a big ballgown. I loved the super high slit. I loved the neckline. It was sexy, but still very elegant. It was really clean, sleek. I loved how simple her hair was. Her statement earrings really made the outfit. It was modern, sexy, and everything fell into place. It didn't look like she was trying too hard. She looked like a movie star. It was everything together worked perfectly. It was flawless.

Jay: I agree with Gwyneth. But I also really loved Hillary Swank in Gucci Couture, which most people were shocked by. It had feather and beading. I thought it was simplistic and stunning on her figure. I love the bodice on the top. The fact that it transitioned into the feathers and wasn't over the top. We're seeing a lot of this in couture fashion right now. It had a modern twist on old Hollywood chic.

Katrina: My worst dressed is Melissa Leo in Marc Bouwer. I didn't get it. It was just too many things going on. If anyone could pull that off maybe it's Cate Blanchett. It was too much of everything, lace with metallic, the shape of the dress was too much. I didn't look at her face. I was only looking at the dress trying to figure it out. She won, but she didn't dress like a winner.

Jay: I did not like Scarlett Johansson in Dolce. The hair was wrong, her dress was wrong, and I felt like you could see her underwear through it.

Katrina: Nicole Kidman in Dior Couture was a surprise. I usually love Nicole and she's such a style icon, but this shows that even the best ones miss the mark. She tried to go for the modern look with an origami style dress. I thought the ponytail was more appropriate for the Golden Globes, not the Oscars and I thought the necklace was distracting.

Jay: I agree about Nicole. For me, it's Reese Witherspoon in that Giorgio Armani Prive black and white gown. I did not expect her to pull out that classic black and white. I loved the hair; it was reminiscent of the 1960s. It was breathtaking. She surprised me because I typically expect her to show up in a jewel-toned color. She's always in these light girly colors and even the silhouettes are girly, but this is such power woman old-school Yves Saint Laurent couture. I haven't seen her ever wear this; it was like she grew up.

Katrina: I don't agree. I think everything about Reese Witherspoon looked dated. She looked like she was dressed up as her "Legally Blonde" character. I thought everything seemed old-fashioned.