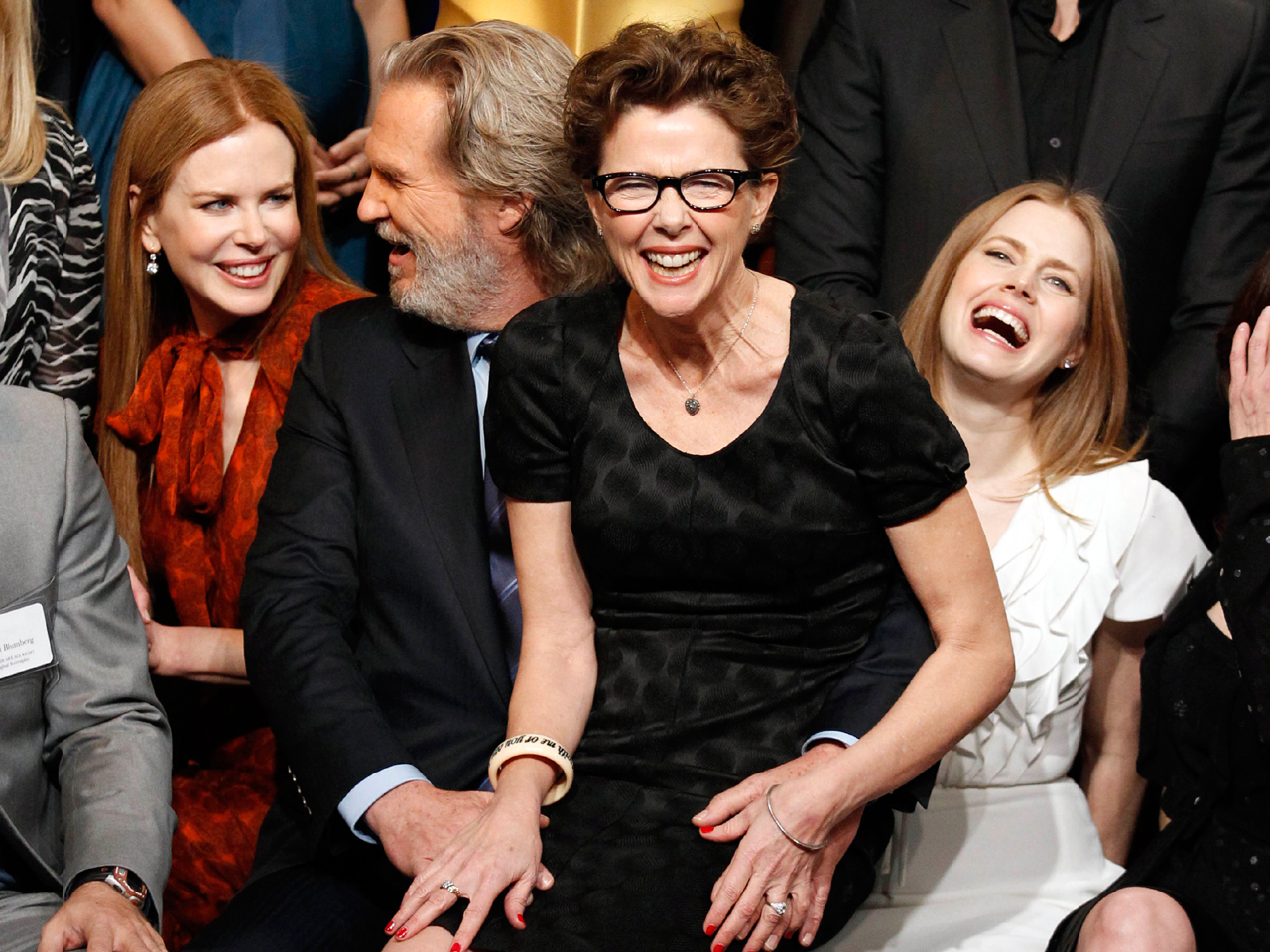 BEVERLY HILLS, Calif. (CBS/AP) It was an A-list affair as more than 100 Academy Award nominees put their rivalry aside to attend the annual Oscar Luncheon at the Beverly Hilton Monday.

The pre-Oscar lunch, intended to encourage camaraderie among the contenders, and to help promote the big night, which is on Feb. 27, drew in past Oscar winners Nicole Kidman, Jeff Bridges and Geoffrey Rush, veteran nominees such as Annette Bening, Colin Firth and Natalie Portman and newcomers like Jennifer Lawrence and Hailee Steinfeld.

Jesse Eisenberg, who is nominated for Best Actor for his work in "The Social Network," joked that the Academy Awards season feels like the endless bar mitzvahs he went to when he was younger.

"I had to go to bar mitzvahs every weekend, and this is like the same feeling," Eisenberg said. "Putting on a suit every weekend to go meet with a lot of Jews."

Melissa Leo, who earned a support actress nod for her turn in "The Fighter" said the excitement over the Oscars is like a nonstop energy drink. Mark Ruffalo, a Best Supporting Actor nominee for "The Kids are All Right," shared with the press that he was just happy to get a free meal out of the awards marathon.

"It's taken me a long time to get here, so I really have been, as a meditation, making myself enjoy the hell out of it every single day," Ruffalo said. "And I love free lunches, man. I came up as a starving, struggling actor, so I'm very grateful for a gift lunch."

Among the other Oscar contenders that turned out for the lunch: Jeremy Renner and John Hawkes, both of whom garnered Best Supporting Actor nods, Helena Bonham Carter, who is nominated for a Best Supporting Actress for her work in "The King's Speech," and James Franco, who is nominated for Best Actor for his role in "127 Hours" as well as co-host of this year's Academy Awards.