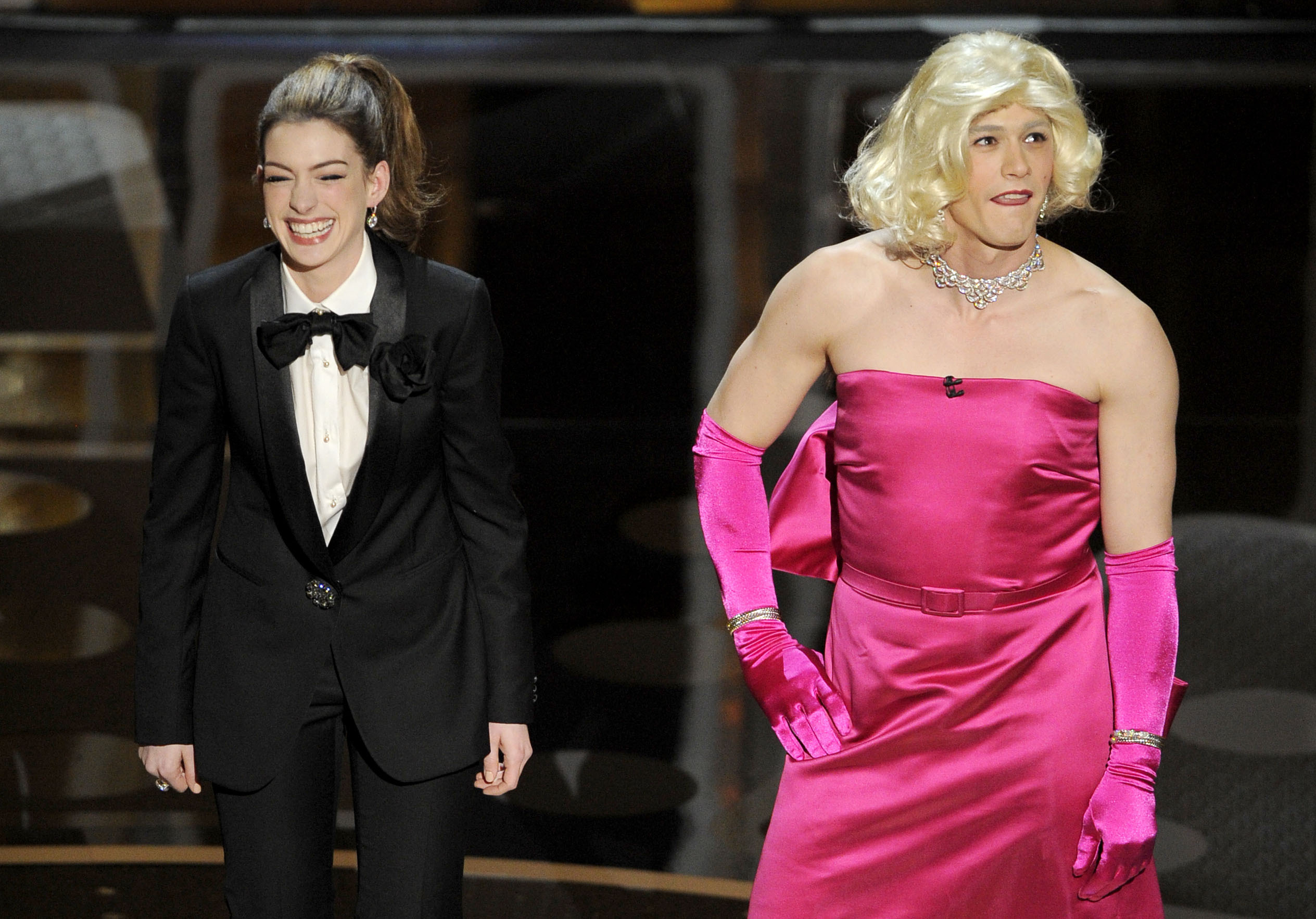 (CBS) - ABC was reportedly excited about having a male and female share the same stage for the first time as hosts at last night's Academy Awards, but some of the critics were less than impressed with the Anne Hathaway and James Franco power duo.

The pair were apparently trying to get the younger crowd, making a joke about it when they first appeared on stage. How did the critics rate the performance? Check out our review roundup.

"Separately, Mr. Franco and Ms. Hathaway are charming and charismatic, but together they had an odd absence of chemistry. Mr. Franco looked a little distracted and even blasé."

Hollywood Reporter's Tim Goodman: "Franco looked like he was too cool to be there half of the time and like the lights were too bright for him the other half, forcing a squint that made his tight-lipped smile look more like disdain. Hathaway tried to help, but the duo didn't have even an ounce of the chemistry that Baldwin and Steve Martin had last year."

Washington Post's Hank Stuever. "Hathaway worked her derriere off and Franco came off like that lacrosse boy you wish your daughter didn't hang out with so much, sort of heavy-lidded and smirky."

USA Today's Roberto Blanco: "At least Hathaway was in there pitching throughout - unlike her co-host, who sometimes seemed to be preparing for a remake of Dazed and Confused."

Moviephone's Alonso Duralde also noticed Franco's indifference. "To be fair, Hathaway did seem capable of firing off the occasional one-liner, but Franco came off as a tad bewildered, as though he were working on a term paper during the commercial breaks."

Not everyone professed such strong feelings against Hathaway and Franco's joint performance. Entertainment Weekly's Ken Tucker flattered the hosts when he said, "Funny, poised, relaxed, and smart, Anne Hathaway and James Franco made for marvelous Oscar hosts. Their combination of respect and informality struck the right tone for the night, a happily surprising production that had its share of fine moments both planned and ad-libbed."

Take our poll and let us know whether you think Franco and Hathaway fell flat at last night's Oscars.