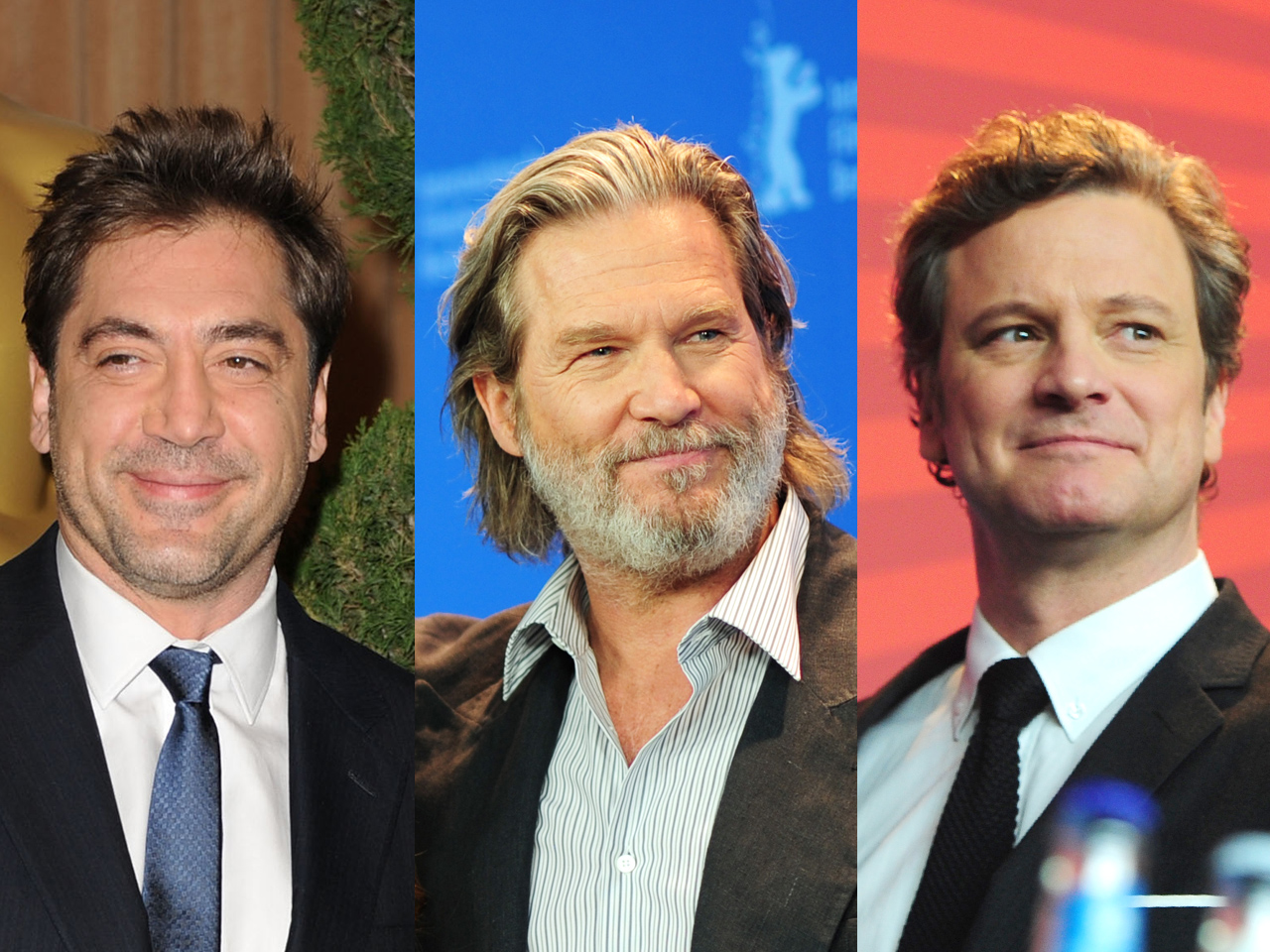 (CBS) Three roles based on real-life men - a reluctant king, a brave hiker and a tech wunderkind - are among those up for the Best Actor award at this Sunday's Oscars.

They face competition from actors playing a gruff U.S. Marshal and a man facing his own mortality.

Here's a look at the nominees, and the roles they played:

Javier Bardem in "Biutiful." Bardem plays Uxbal, a single father of two navigating Barcelona's dangerous underworld. After learning he has terminal cancer, Uxbal must come to terms with his own mortality and reconcile his feelings on love, faith, his children, guilt and the crimes he has committed as death creeps closer.

This is Bardem's third Oscar nomination. He won in 2008 for "No Country for Old Men."

Jeff Bridges in "True Grit." Bridges takes on the role that won John Wayne an Oscar - Rooster Cogburn, the tough U.S. Marshal hired by young Mattie Ross to navigate Indian Territory to track down her father's killer. Cogburn is a drinker with a rough demeanor, but he's the only Marshal with "true grit." He begrudgingly allows Mattie to accompany him on the journey and protects her from the dangers they encounter along the way.

This is Bridges' sixth Oscar nomination. He won in 2010 for "Crazy Heart."

Jesse Eisenberg in "The Social Network." Eisenberg portrays Facebook founder Mark Zuckerberg as the Harvard student founds the social networking website. In the film, Zuckerberg is driven, calculated and indifferent to the thoughts or feelings of most of the people around him. He steers his website to millions of users while defending it from classmates who claim he stole the idea.

This is Eisenberg's first Oscar nomination.

Colin Firth in "The King's Speech." Firth plays King George VI, the reluctant king who takes the throne after his older brother abdicates. Struggling with a lifelong stammer, he agrees to seek the help of the unconventional speech therapist Lionel Logue. The king, nicknamed "Bertie," is at first resistant to Logue's tactics - which involve discussing his overbearing father and brother - but eventually embraces them and finds his voice, just as he must rally his subjects as England prepares for World War II.

This is Firth's second Oscar nomination.

James Franco in "127 Hours." Franco takes on the real-life role of Aron Ralston, an adventurous hiker who resorts to desperate measures in order to survive. While canyoneering alone in Utah, Ralston's arm gets crushed under a fallen boulder. Trapped for five days, he re-examines his life and discovers he has the courage to come out alive.

This is Franco's first Oscar nomination.

Our pick: Colin Firth. His portrayal of the monarch, who finds the strength to lead his people while overcoming his personal challenges, won over critics and awards show voters alike. Firth has already won the Golden Globe, the SAG and the BAFTA awards for this role - and it's likely he has the Oscar in the bag, too.