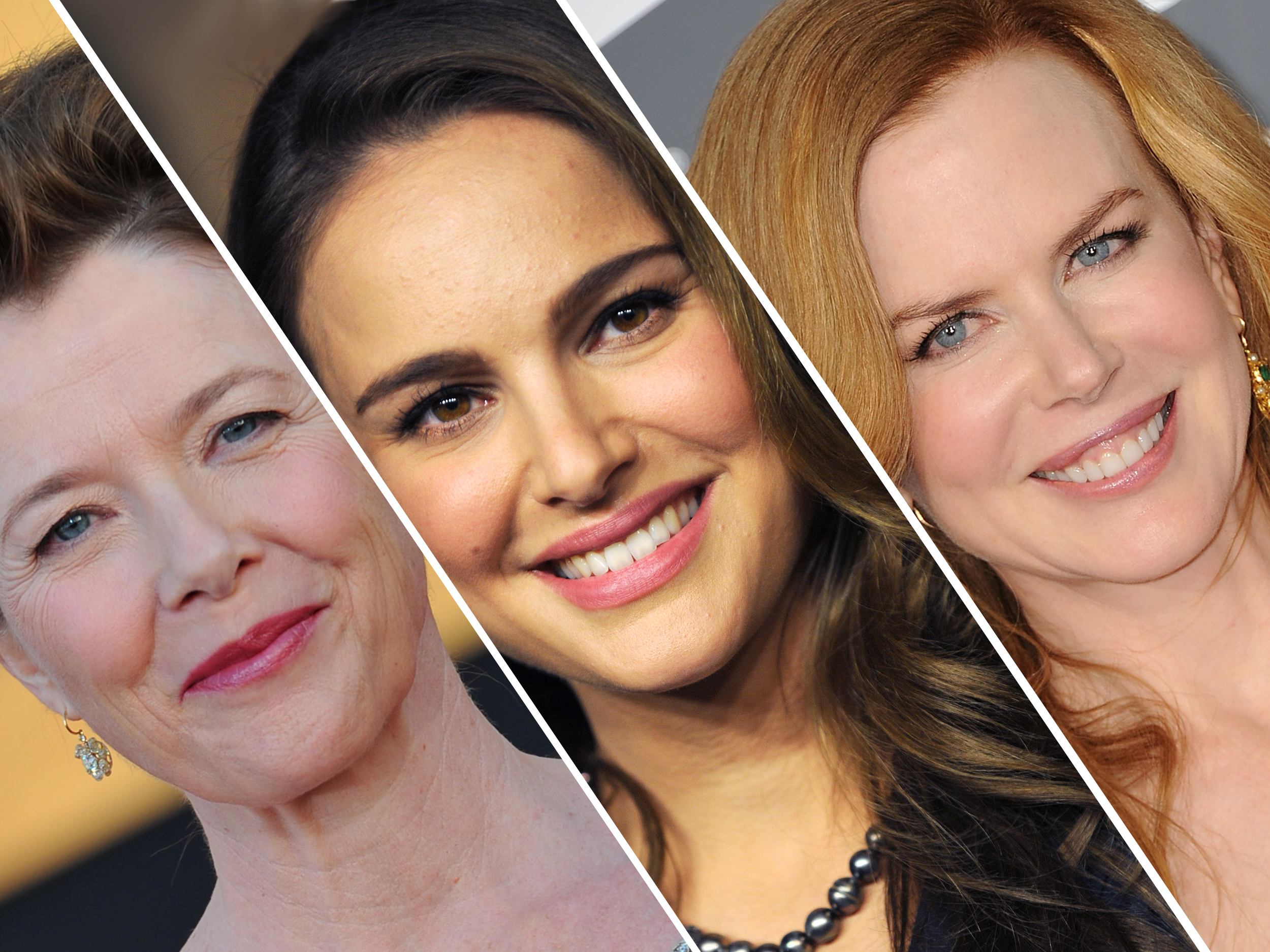 (CBS) Two actresses with very different roles are in a tight race to win Best Actress at Sunday's Academy Awards.

One earned acclaim for playing a ballerina descending into madness, while the other took on the role of a lesbian mother fighting to keep her family together.

Here's a look at the nominees and the roles they played:

Annette Bening in "The Kids Are All Right." Bening plays Nic, a married lesbian with two teenaged children. Nic, a tough but loving parent and a borderline alcoholic, is happy with wife Jules, but it's evident the relationship has gone stale. She's thrown off-guard when her kids seek out Paul, the sperm donor used to father them, and then want a relationship with him. Nic feels as though Paul's insertion into the family dynamic is pushing her out, and she must fight to keep her family intact.

This is Bening's fourth Oscar nomination.

Nicole Kidman in "Rabbit Hole." Kidman takes on the role of Becca Corbett, a women struggling with grief after the accidental death of her 4-year-old son. While her husband, Howie, copes through the help of a support group, Becca can't handle hearing others talk about their grief. To her husband's dismay, she starts removing Danny's things from his room and talks about wanting to sell their house. As Howie buries himself in memories, Becca moves away from them - finding comfort in her meetings with Jason, the teenaged driver of the car that killed Danny.

This is Kidman's third Oscar nomination. She won in 2002 for "The Hours."

Jennifer Lawrence in "Winter's Bone." Lawrence plays Ree Dolly, a 17-year-old living in the poor, rural Ozarks region, who struggles to raise her two young siblings and care for her mentally ill mother. She sets out to find her absent, meth-dealing father when she learns he put their house up for collateral on his bail - if he doesn't show up for his next court date, the family loses everything. Ree relentlessly questions her father's relatives and associates, determined to find him dead or alive, even when her persistence gets her into trouble.

This is Lawrence's first Oscar nomination.

Natalie Portman in "Black Swan." Portman transforms herself as Nina Sayers, a ballerina whose quest for perfection leaves her unhinged. Nina earns the principal role in her company's production of "Swan Lake," but the pressure of the part overcomes her. She's infantilized by her overbearing mother and challenged by her choreographer, Tomas, who believes Nina can play the innocent White Swan but not the sensual Black Swan. Haunted by hallucinations and ravaged by paranoia, Nina's world becomes dark and terrifying - and she can no longer distinguish between what is real and what's inside her mind.

This is Portman's second Oscar nomination.

Michelle Williams in "Blue Valentine." Williams plays Cindy Heller, a nurse living in an unhappy marriage. The film flashes back and forth between Cindy in the present, tired, stressed and at the breaking point in her relationship with her husband, Dean, and six years earlier, when she was happier - a pre-med student who quickly falls for Dean's charms. The two rush into marriage after Cindy discovers she's pregnant with an ex-boyfriend's child. In the present, as Dean tries desperately to save their relationship, Cindy realizes there is nothing left to save.

This is Williams' second Oscar nomination.

Our Pick: Natalie Portman. She and Bening have been the front-runners since the beginning, and each won the Best Actress award (Being for comedy, Portman for drama) at the Golden Globes. But after Portman took home both the SAG and BAFTA awards in the same category, it seems that she's on track to be the big winner.