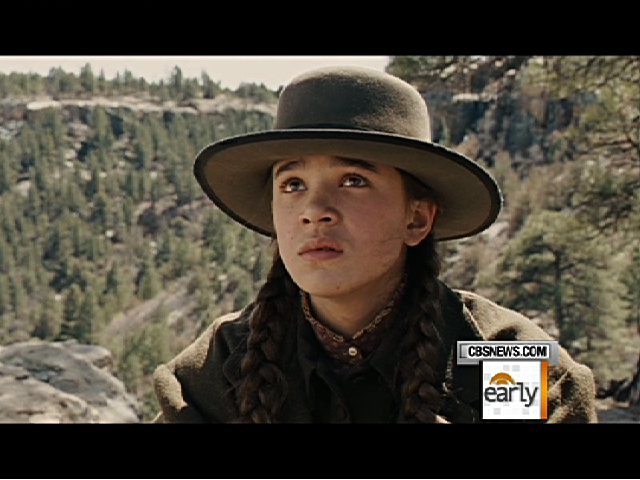 Hollywood is gearing up for its biggest night of the year, the 83rd annual Academy Awards this Sunday.

Bradley Jacobs, Senior Editor of US Weekly magazine, shared a preview and his predictions with "Early Show" co-anchor Chris Wragge.

"Absolutely," Jacobs agreed. "And they're very different from each other. Just look at the two front-runners: 'The King's Speech' is old-fashioned and by the numbers; it's a very solid movie that everyone's parents loved, to 'The Social Network,' which couldn't be more modern, or more of the moment."

There has been a little bit of a shift since the Golden Globes, however -- initially there was a lot of buzz surrounding "The Social Network."

"Back in September when it first came out, it had all this momentum, it had incredible reviews and ... you saw Justin Timberlake and all the guys on there and everyone was talking about it because it had a real cool factor," Jacobs explains. "And then 'The King's Speech' came along later in the year, and it had a more quiet opening, but it just built and built, and '60 Minutes' did a whole segment about the painstaking detail that went into this movie, and Harvey Weinstein was out really promoting this movie. It just has worked. And 'The Social Network' has sort of receded to the background."

So who should win -- and who will win?

"Melissa was an early favorite and will probably win, but the performance was a little bit of a caricature. Her work in 'Frozen River' (which earned Leo her first nod in 2009) was far more nuanced. Conversely, I think Hailee Steinfeld should win. She really struck me in 'True Grit,' especially the first hour where she bosses around all the grown men in her town. She shows such confidence and determination," Jacobs adds.

"This will be probably Annette Bening's fourth loss, sadly. Natalie Portman, this is just a game-changing role for her. I'm still thinking about this performance months after it happened. She's haunting as this ballerina dancing off the rails. Plus, there's the pregnancy factor. What Academy member can resist congratulating her? She's all around town, she's pregnant, She's gorgeous. It's tough to not give her gold."

"Yes, Geoffrey Rush could ride the rush for 'The King's Speech' and end up winning, but I do think it will be Christian Bale. He just tore it up with his crack-addled boxer. You hate him and your root for him. It takes an actor of immense talent to elicit both of those emotions," he says.

"He just nailed this stammering king. The painstaking detail that went into this performance. Also the friendship between the two men is really what makes will this film kind of a gem," Jacobs says. "You don't see a friendship between two grown men blossoming onscreen very often, but the scenes between them have just incredible energy and pathos. I think that Colin Firth is the most sure thing you have."

"He's going to win and he should win. He turned the story about a bunch of rich kids suing each other into something everyone can understand. I think he'll win," Jacobs says.

Should win: "The Social Network"

Will win: "The King's Speech"

Wragge asks Jacobs to "go out on a limb," asking "what will be the upset special?" - if there is one.

While they're not blockbuster stars, how will Anne Hathaway and James Franco do as hosts?

"They're a little more famous than they are box office stars. '127 Hours' has only made about $20 million. 'Love and other Drugs,' her movie with Jake Gyllenhaal, it was pretty much a bomb. But they are young. They have a great kind of cool chemistry with each other," Jacobs points out. "I think they'll be funny and charming and it will be interesting to see if anyone can quantify how much young people quote/unquote tune in because of Anne Hathaway and James Franco."

A new forensics report released by the National Explosives Task Force is shedding light on pipe bombs that were placed in Washington D.C. a day before the deadly riot January 6. CBS News senior investigative correspondent Catherine Herridge joins CBSN's "Red & Blue" anchor Elaine Quijano with the details on that plus the ongoing security threats at the Capitol.