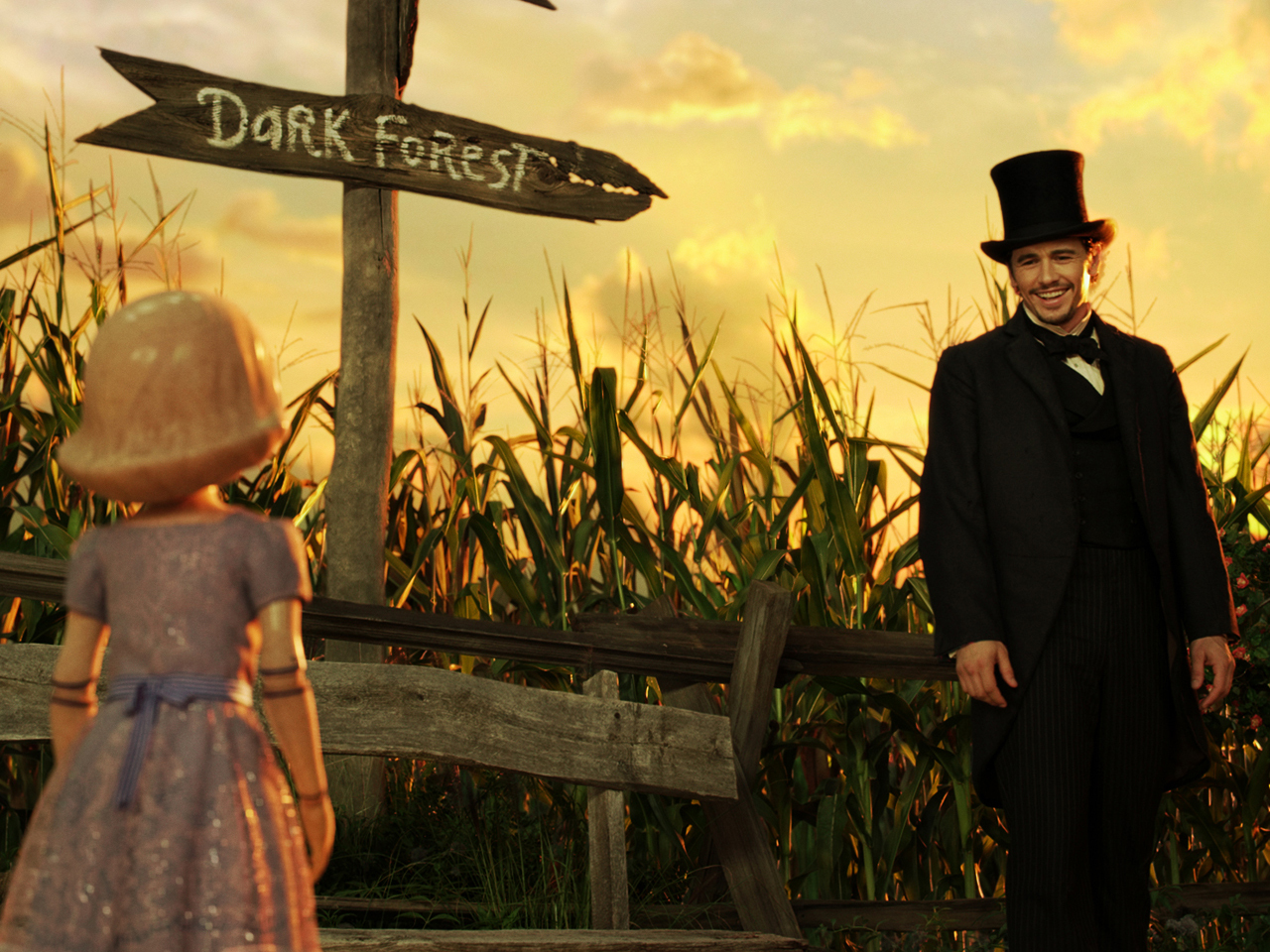 "Oz the Great and Powerful" is living up to its name at the box office.

Walt Disney's 3-D blockbuster led all films for the second week in a row, taking in $42.2 million according to studio estimates Sunday. Sam Raimi's prequel to the L. Frank Baum classic "The Wonderful Wizard of Oz" also took in $46.6 million overseas, leading to a two-week worldwide total of $281.8 million.

In a winter of underperforming releases, that makes "Oz" easily the biggest hit of 2013 so far.

"Boy, did we need it," said Paul Dergarabedian, box-office analyst for Hollywood.com. "There have been a lot of box-office casualties this year. This is the shot in the arm that we needed, but we're still waiting for the marketplace to gain some sort of momentum."

The box office is down nearly 13 percent from last year.

Among the weekend's debuts, the Halle Berry thriller "The Call" far exceeded expectations with a $17.1 million opening for Sony and TriStar Pictures. The Steve Carell magician comedy "The Incredible Burt Wonderstone" fared worse, opening with a disappointing $10.3 million for Warner Bros.

The performances of the two new releases continued a theme of 2013: Movies targeting female audiences have had more success than male-driven films. "The Call," in which Berry plays an emergency operator, was deliberately marketed to women, who made up 61 percent of its audience, Sony said. "Burt Wonderstone," starring Carell and Jim Carrey as rival Las Vegas magicians, sought a young male comedy audience that didn't materialize.

Female turnout has driven most all of the box office hits of the year, including the Melissa McCarthy comedy "Identity Thief" and the vampire romance "Warm Bodies." Macho films like Arnold Schwarzenegger's "The Last Stand" and Sylvester Stallone's "Bullet to the Head" have fizzled.

"Studios should take note," says Dergarabedian. "There's a lot of female power going on at the box office."

Opening in just three theaters in New York and Los Angeles was another film starring James Franco, who plays the Wizard in "Oz the Great and Powerful." ''Spring Breakers," a dreamy trip of day-glo debauchery starring Franco, Selena Gomez and Vanessa Hudgens, opened with a strong $90,000 per-theater average ahead of its wider release next weekend.

Tell us: Did you go to the movies over the weekend?