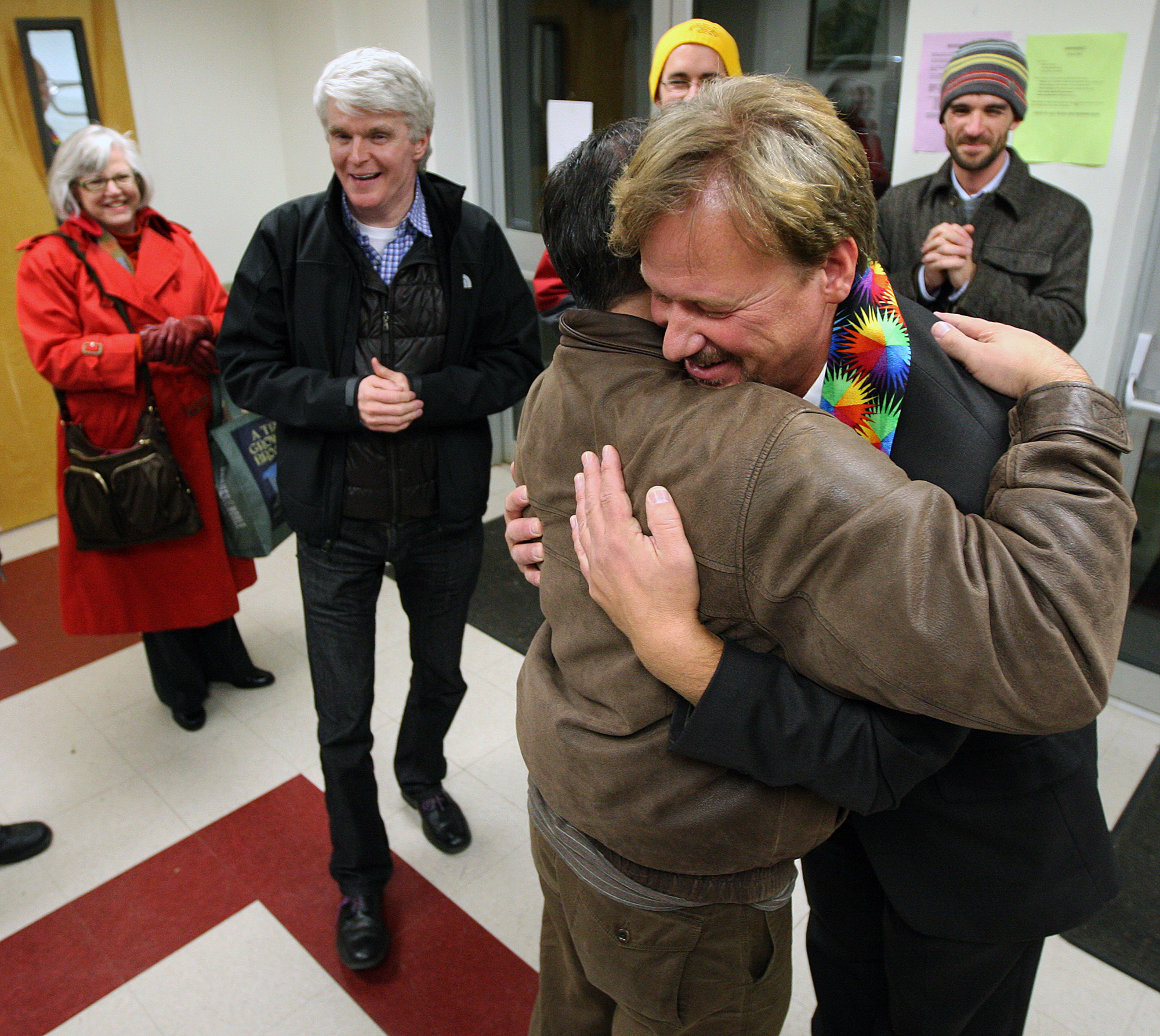 PHILADELPHIA -- A United Methodist pastor vowed Monday to defy a religious order to surrender his credentials for performing a same-sex wedding, saying church officials will have to defrock him if they want him out of the ministry.

The Rev. Frank Schaefer has been told to give up his pulpit in central Pennsylvania by Thursday if he cannot support the denomination's Book of Discipline. But Schaefer, who describes the book as contradictory and biased against gay people, said he will not go quietly.

"I am actively committing to having those discriminatory laws changed and banished from our Book of Discipline," Schaefer said. "That's the only way I can reconcile being a United Methodist at this point."

Schaefer is serving a 30-day suspension for officiating the 2007 wedding of his gay son in Massachusetts, where same-sex unions are legal. Although the Methodist church accepts gay and lesbian members, it rejects the practice of homosexuality as "incompatible with Christian teaching."

Jurors who convicted Schaefer in a church trial last month said he should use the suspension time to decide whether he could follow church doctrine. They ordered him to resign if he could not.

Schaefer gave his answer publicly Monday during a news conference at Arch Street United Methodist Church in Philadelphia, surrounded by dozens of sympathetic ministers and laity.

"I cannot voluntarily surrender my credentials because I am a voice now for many - for tens of thousands - of LGBT members in our church," he said.

His supporters then called on Bishop Peggy Johnson to help change the anti-gay language and to stop holding religious trials for clergy who perform same-sex ceremonies.

Johnson, who leads the church's eastern Pennsylvania conference, later issued a statement acknowledging the turmoil over the issue. Church doctrine contains both affirming and discriminatory language about gay people, she said, leading many to wonder "how we can talk out of two sides of our mouth."

Johnson noted that some people support religious trials because they force the church to debate the issue. But she also called them a waste of time and resources.

"I will continue to try in every way, as far as it depends on me, to not have church trials," she said.

Schaefer said he doesn't know what will happen when he meets with church authorities Thursday. He hopes officials will allow him to continue leading his congregation in Lebanon, about 70 miles northwest of Philadelphia.

"That, of course, would be my preference," said Schaefer. "That would be a path toward healing."

If he is defrocked, Schaefer said he might join another denomination, noting the Episcopal and United Church of Christ branches have approached him.

Phil Gressman, a member of the Arch Street church, said that Schaefer's decision "shows a lot of integrity."

"It's a really big question mark what's going to happen next," Gressman said.