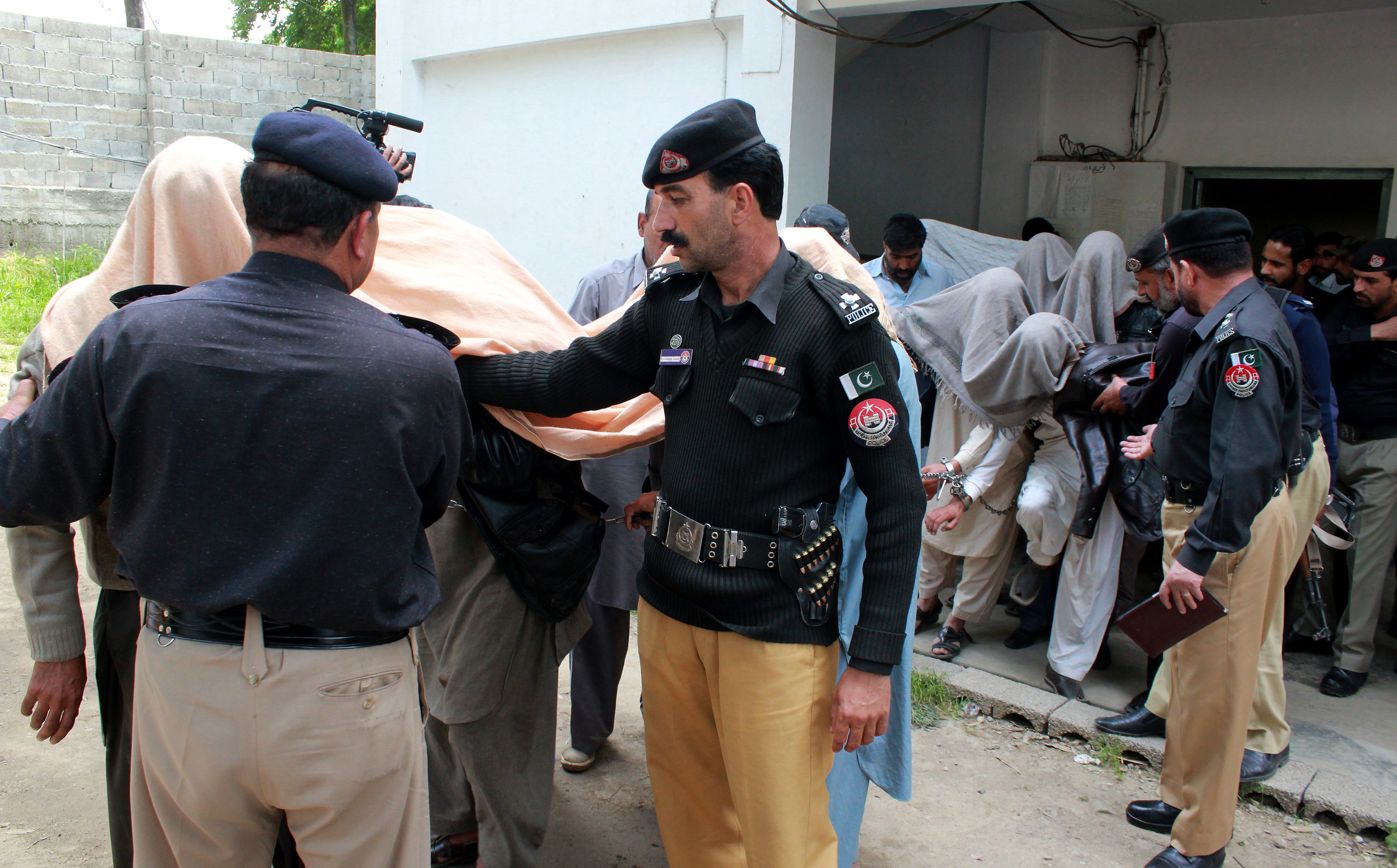 ABBOTTABAD, Pakistan -- Pakistani police say they have arrested 13 members of a local tribal council who strangled a local girl and set her body on fire for helping one of her friends elope.

Khurram Rasheed, police chief for the northern district of Abbottabad, said Thursday that the charred body of 17-year-old Ambreen Riasat was found in a burned van in the tourist resort of Donga Gali on April 29.

He says the girl was strangled and then put her in the same van her friend had used to elope. The van was then set on fire.

In Pakistan, where nearly 1,000 women are killed every year in the name of honor, women defying their family in the name of love is considered a source of shame.

According to the Human Rights Commission of Pakistan, an independent watchdog, there have been more than 15,000 cases of "honor killings" in the country since 2004.