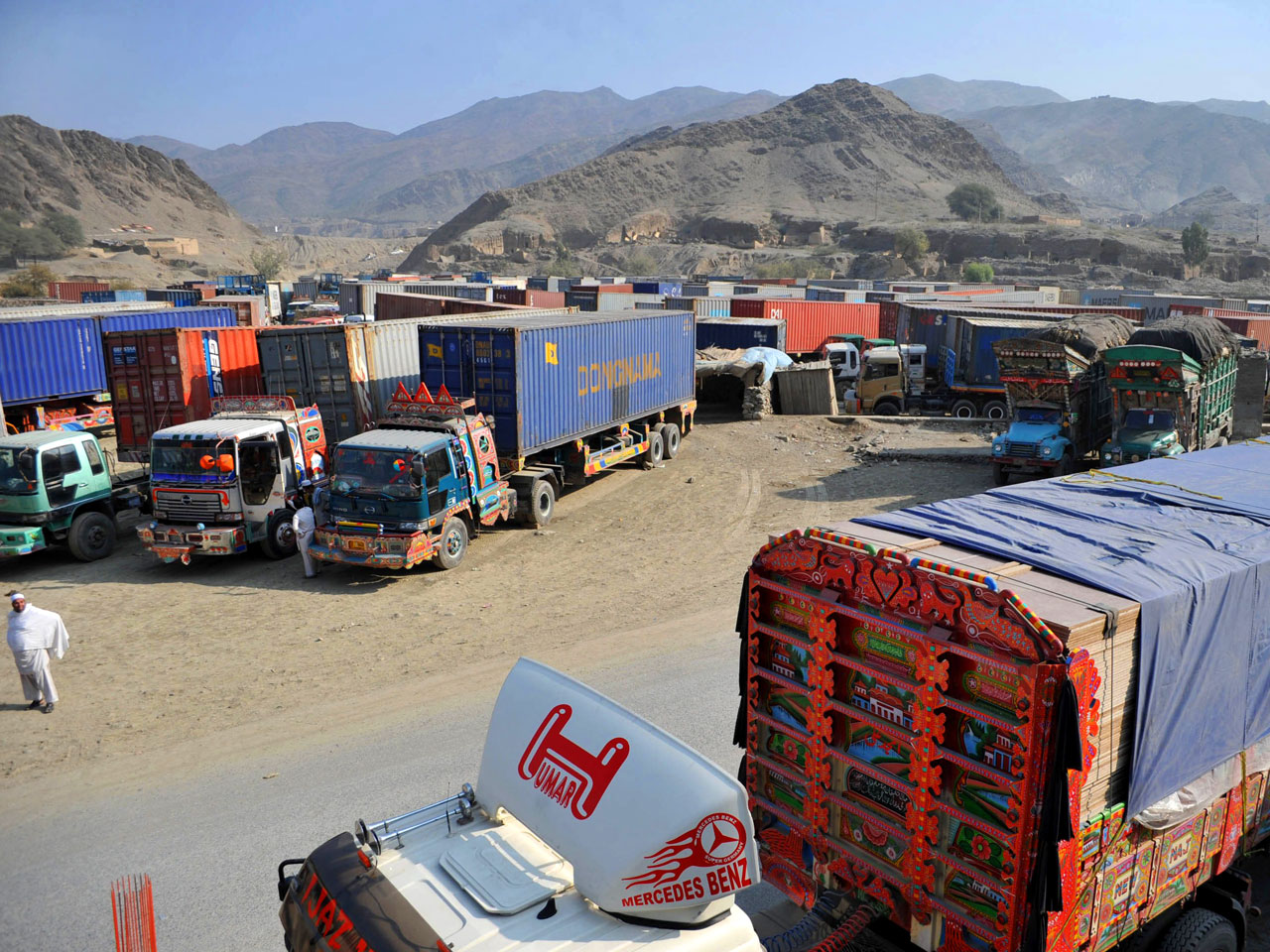 (CBS News) ISLAMABAD - A senior Pakistani official says his country has "scaled down" the amount it is demanding as a per-vehicle charge on future NATO supply shipments as Islamabad and the U.S. continue to negotiate an end to the dispute surrounding the closure of a land supply route for U.S. forces in Afghanistan.

U.S. defense chief Leon Panetta says the detour around Pakistan and through Central Asia is costing the American government $100 million every month.

A senior Pakistani security official confirms to CBS News that the two sides are continuing to "actively negotiate" a solution, in spite of the impression given on Monday when U.S. officials confirmed an American team which had tried for more than a month to reach a deal to reopen the supply route, was returning home from Islamabad.

The route was blocked by Pakistan in November last year after 26 of its soldiers were killed in a U.S. helicopter strike which targeted two Pakistani army posts near the Afghan border. In the past, Pakistani officials are known to have demanded a steep increase in the tariff for each truck carrying supplies to Western forces in Afghanistan via the roadways of Pakistan.

The Pakistani official, who spoke to CBS News on condition of anonymity, said Pakistan had "scaled down its expectations on the financial compensation," but was still insisting on "a proper and high level apology" - another key demand made by the nation's leaders, and one which has yet to be met to their satisfaction by the Obama administration.

Pakistani Foreign Minister Hina Rabbani Khar, reiterated that demand during a visit to Kabul on Thursday, saying the U.S. must issue an "unconditional" apology for the killing of the Pakistani soldiers.

Secretary of Defense Leon Panetta is quoted by the Reuters news agency as telling U.S. lawmakers on Wednesday that using alternate routes to supply troops and remove hardware as the Afghan war is wound down, is costing the American taxpayer approximately "$100 million a month because of the closure (of the Pakistani routes)."

He made the remarks during a U.S. Senate budget hearing.

Pakistan has also demanded an end to the U.S. drone strikes that target suspected Taliban and al Qaeda-linked militants in the nation's tribal region along the Afghan border. Panetta has made it clear that the strikes - which have practically decapitated al Qaeda's leadership over the course of the last year, will not stop.

Since the closure of the supply route in November, Pakistani officials have complained bitterly about the U.S. refusal to acknowledge Islamabad as a key ally, in spite of sacrifices made by the country's own security personnel in fighting Islamic militants.

Panetta: U.S. "reaching the limits of our patience" with Pakistan

"Pakistan is not an enemy of the United States," insisted the senior Pakistani official who briefed CBS News on Thursday. "We have remained an important U.S. ally. Why should the U.S. not be prepared to mend fences with an ally. That's the least that the U.S. can do in recognizing the loss of lives (in the November air strike)."

The Pakistani official also hinted that there maybe some room for compromise on Islamabad's public demand that the drone strikes end.

"We can't have drone strikes as in the past. There has to be some new understanding," he tells CBS News, adding without clarification that, "there are different ideas on the table. We are trying to resolve this matter to suit both the U.S. and Pakistan."

In the past, Pakistani officials have told CBS News in private conversations that they would be willing to discuss alternatives to completely halting the drone program, such as an arrangement where the attacks are jointly managed by the two countries.

U.S. officials have fiercely defended the drone program in the face of mounting criticism, arguing that it offers an invaluable alternative to risky ground operations or the use of low-flying manned aircraft.

In early June, Abu Yahya al-Libi, the second-highest ranking figure in al Qaeda after Ayman al-Zawahiri, was killed in a drone attack inside Pakistan.

A Western defense official in Islamabad, who also spoke to CBS News Thursday on the condition that he not be named, said the deadlock surrounding U.S. relations with Pakistan simply "cannot continue indefinitely," as Washington ramps up its withdrawal of military assets in line with President Obama's stated goal of having the vast majority of combat forces out of Afghanistan by 2014.

"Once we get closer to the withdrawal, U.S.-Pakistan relations will become more important," said the official. "The U.S. needs the route through Pakistan to withdraw large bits of military hardware that will not be left behind in Afghanistan. Right now, I suspect, both sides are trying to draw a very hard bargain. The promising aspect, however, is that it seems the U.S. and Pakistan are still talking. I would have been more concerned if there was a total communication failure."

This story was edited by CBSNews.com's Tucker Reals.