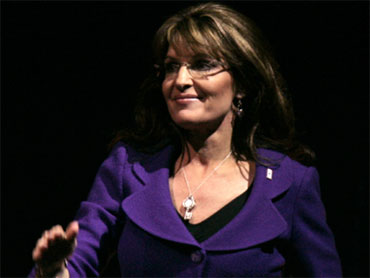 Numerous reports say the former Alaska governor and John McCain running mate has agreed to a deal with Discovery Channel for a reality show about life in Alaska. Several of the stories say it will cost Discovery roughly $1 million an episode.

Palin's so popular, CBS News Correspondent Whit Johnson points out, that McCain has called her in for help in his primary fight against his Tea Party-backed challenger, J.D. Hayworth, the conservative radio host and former congressman.

"Can you imagine what this is like for him to have to ask her back to campaign for him? That must be a real personal hit, but he's trying to save himself," observes Shushannah Walshe, author of "Sarah from Alaska."

Palin's star power is also paying off at the bank, Johnson notes. Her best-seller, "Going Rogue," has made an estimated $7 million dollars, and she's inked a multi-million dollar deal with Fox News.

"She is making what she made in a year as the governor of Alaska speaking for an hour, for one night," says Walshe.

All this has many people wondering, Johnson says, whether Palin will take up the call from her supporters to run, Sarah.

It appears she hasn't ruled out the possibility, saying on Fox recently, "I won't close the door that perhaps could be open for me in the future."

But, Johnson adds, a recent CBS News poll had 71 percent of respondents said Palin shouldn't try for the Oval Office.

Says Politics Daily columnist Walter Shapiro, "The more fun she has -- and that's certainly her right -- the harder it is to run for president."