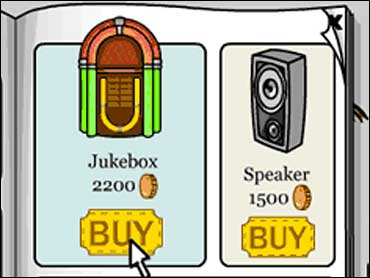 The Justice Department should immediately investigate claims that the 2000 elections were unfair and violated people's civil rights, says a report being issued Thursday by a panel of election administrators.

A Justice spokesman responded that complaints have been investigated as they came up ever since the election.

"Since the allegations are so serious and can have such a major impact on any proposed congressional legislation affecting elections, it is critical that the Justice Department appoint investigators immediately," the report said.

Florida was won by Republican George W. Bush after the closest election in more than a century. The election was plagued with allegations that ballots were confusing and black voters were harassed at the polls.

The civil rights commission's June report said that more than half of the rejected ballots were cast by black voters, even though they made up only one in 10 voters. The commission also found that disabled voters and those with language barriers had trouble voting. It suggested widespread violations of the Voting Rights Act. Two commission members appointed by Republicans strongly dissented.

"Since the November election, the Department of Justice received thousands of complaints from citizens about the election," said Dan Nelson, a spokesman for the agency's civil rights division. "All but 12 of those (in Florida) were closed by early January and the Department of Justice continues to investigate these 12." He would not specify the nature of those complaints. Some complaints in other states are also being investigated, Nelson said.

Doug Lewis, executive director of the Election Center, said it is important that the Justice Department thoroughly investigate all of the complaints made to the civil rights commission and determine their legitimacy. He said any public perception that the elections were fair is just as important as whether there were actual problems.

Of the Justice position that they're thoroughly investigating the complaints, Lewis said Thursday: "If they have, they haven't done it very publicly, most of us are unaware that they have done this."

The civil rights commission's six-month investigation of the contested Florida vote found the election was plagued by faulty machinery, problems with access to polling places and faulty purging of voter rolls.

The task force rejected the suggestion that most election problems were caused by the much-criticized punchcad voting system. It said laws, policies and procedures were at the center of the problems.

And it dismissed any legislation that would impose widespread federal election rules on the states.

The Election Center's report follows the release of an election study headed by former Presidents Carter and Ford, and a report from the bipartisan, nonprofit organization at Georgetown University, known as the Constitution Project.