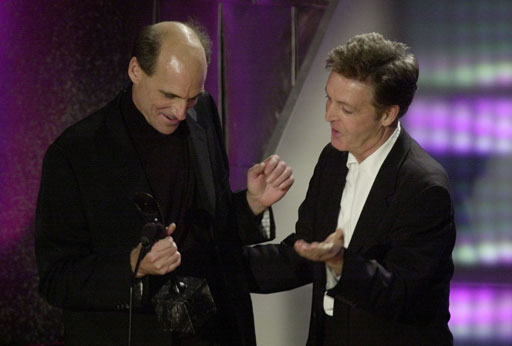 Scott Mellanby and Robert Svehla each had a goal and two assists as the Panthers tallied their highest output since a 5-5 tie Nov. 19 at Boston. Radek Dvorak added a shorthanded goal.

Hasek, the two-time reigning Hart Trophy winner, was yanked by Buffalo coach Lindy Ruff with the Sabres trailing 2-0 after the first period. He made 15 of 17 saves, including several key stops as the Panthers peppered him from the opening seconds.

Dwayne Roloson played the final two periods, giving up four goals on 30 shots. It marked only the second time this season that Hasek, who has started all 18 games, was not in Buffalo's goal. Roloson also played the final period of a 5-1 win over Chicago on Nov. 14.

Michal Grosek and Brian Holzinger scored for Buffalo, which has lost two of three after a nine-game unbeaten streak.

Grosek and Rob Ray later were ejected for their part in a brawl with 11:48 left that resulted in 60 minutes of penalties. Ray was given a match penalty for kicking Alex Hicks' feet out from under him, leading to a battle that took several minutes to break up.

Grosek and Curtis Brown were given misconduct penalties, as were Florida's Peter Worrell and Paul Laus. Grosek also got a game misconduct before play resumed, and Hasek was given a bench minor for throwing his gloves on the ice in protest.

Niedermayer, Mellanby and Svehla all scored power-play goals, more than doubling Florida's production on the man advantage at home. The Panthers had scored just twice in 42 power-play chances at home, last in the NHL.

Buffalo entered the game second in penalty killing, having given up just nine goals in 87 chances.

Hasek turned away Kirk Muller twice and Oleg Kvasha once from close range in the first 10 minutes before Niedermayer broke through on Florida's 11th shot. With Alexei Zhitnik in the box for high sticking, Niedermayer took a centering pass from Whitney and onetimed a shot past Hasek's right side at 12:41 of the first period.

Dvorak gave Florida a 2-0 lead at 16:09 with a shorthanded goal, beating Hasek with a slap shot from just inside the blue line.

Mellanby boosted the lead to 3-0 at 3:56 of the second period, redirecting a nicely-threaded pass from Whitney past Roloson.

Grosek countered for Buffalo just 16 seconds later on a wraparound past Kirk McLean, but Whitney gave Florida a 4-1 advantage by onetiming Svehla's pass past Roloson at 18:14.

Svehla scored a power-play goal just 31 seconds into the third period for a 5-1 lead. Holzinger's power-play goal for Buffalo at 16:11 was countered by Niedermayer's second just 71 seconds later.