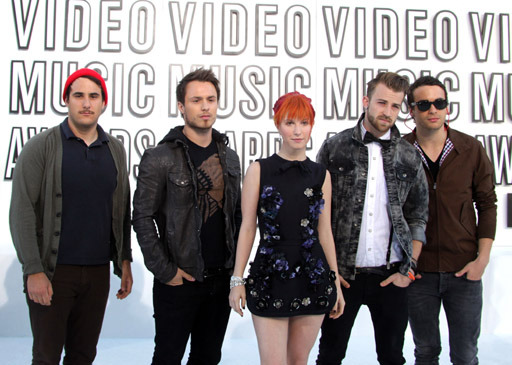 NEW YORK (CBS/AP) Members of Paramore express their excitement for the upcoming CBS Grammys on Feb. 13 despite the challenges they endured last year. They are nominated for best pop performance by a duo or group with vocals for their hit song, "The Only Exception."

Toward the end of last year, two of their founding band members quit to pursue their own musical interests. Sources say that lead singer, Hayley Williams, assures fans that the Tennessee-based band is staying positive.

"Losing members is not a fun thing to go through, but I think that now we really feel unified," she told The Associated Press in a recent interview. "We feel strong, and we're going to be stoked to represent Nashville and represent our band and our fans at the Grammys."

The band's official statement noted that brothers Josh and Zac Farro seemed unhappy with the band for the past year and had been planning to leave for a couple of months. "None of us were really shocked. For the last year it hasn't seemed as if they wanted to be around anymore. We want Josh and Zac to do something that makes them happy and if that isn't here with us, then we support them finding happiness elsewhere," the band wrote on its official website. The brothers, however, bitterly responded to the statement, blaming the separation on Williams.

"We have some amazing things lined up for next year starting with our tour in South America. We are still coming to you and we are excited about who we are bringing with us," the band excitedly stated. Their tour of South America begins Feb. 16 in Brazil.

Following the tour, they hope to clear their schedules and make new music. "We just want to take the chance to do anything we've ever wanted to do that we've never had time to do," said Williams."We've always wanted to do an EP. Our fans want us to do acoustic stuff. We do want to do collaborations, but I guess we're just going to let it unfold itself."

Unlike past Grammy nominations, including Best New Artist in 2008 and Best Song Written for a Motion Picture, Television, or Other Visual Media, this year's Grammy nomination marks a turning point for the band as the first nomination for a pop category. "It's really cool, because we've always been that rock or pop-punk band that's kind of a little bit the outcast, not really the outcast, but sort of on the outside of things. So this will be awesome to bridge the gap," said Williams.

Williams is also nominated separately for a pop collaboration with vocals, singing the hook in the song "Airplanes," featuring B.O.B and Eminem. "I've wanted to be 'that girl' on a hip-hop song for a really long time, and it seems like I sort of landed myself on a track with two of my favorite hip-hop artists," she said. "Bob is such a great new artist, and he's young, and he's fresh. Obviously, (I'm) so obsessed with Eminem. So, if that wins anything, I'm just going to be beaming."

In spite of the platinum-selling band losing its co-founders last year, the members are optimistic about their future.