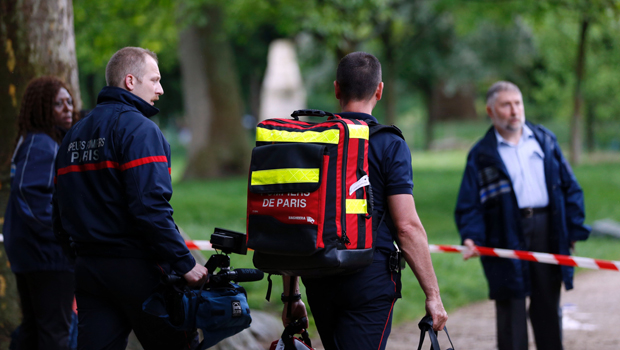 PARIS -- Eight children and three adults in Paris were struck by lightning Saturday after a sudden spring storm sent bolts crashing down upon a children's birthday party in a city park, a fire official said.

The victims had sought shelter under a tree at Park Monceau, a popular weekend hangout for well-to-do families in Paris.

An off-duty fireman visiting a nearby museum ran immediately to the scene and saw nine of the 11 victims prone on the ground under the tree, Moulin told The Associated Press. The fireman administered first aid, including heart massages, and helped direct rescuers to the scene.

"He saw who was the most seriously wounded. He did a quick triage of the victims. He did first aid. He alerted the rescue services," Moulin said. "Without his actions, it would have been much worse."

He gave the children's ages as around 9 years old.

One Paris resident who lives near the park and saw the lightning crash down said it was rare to see such a wild storm hitting the French capital.