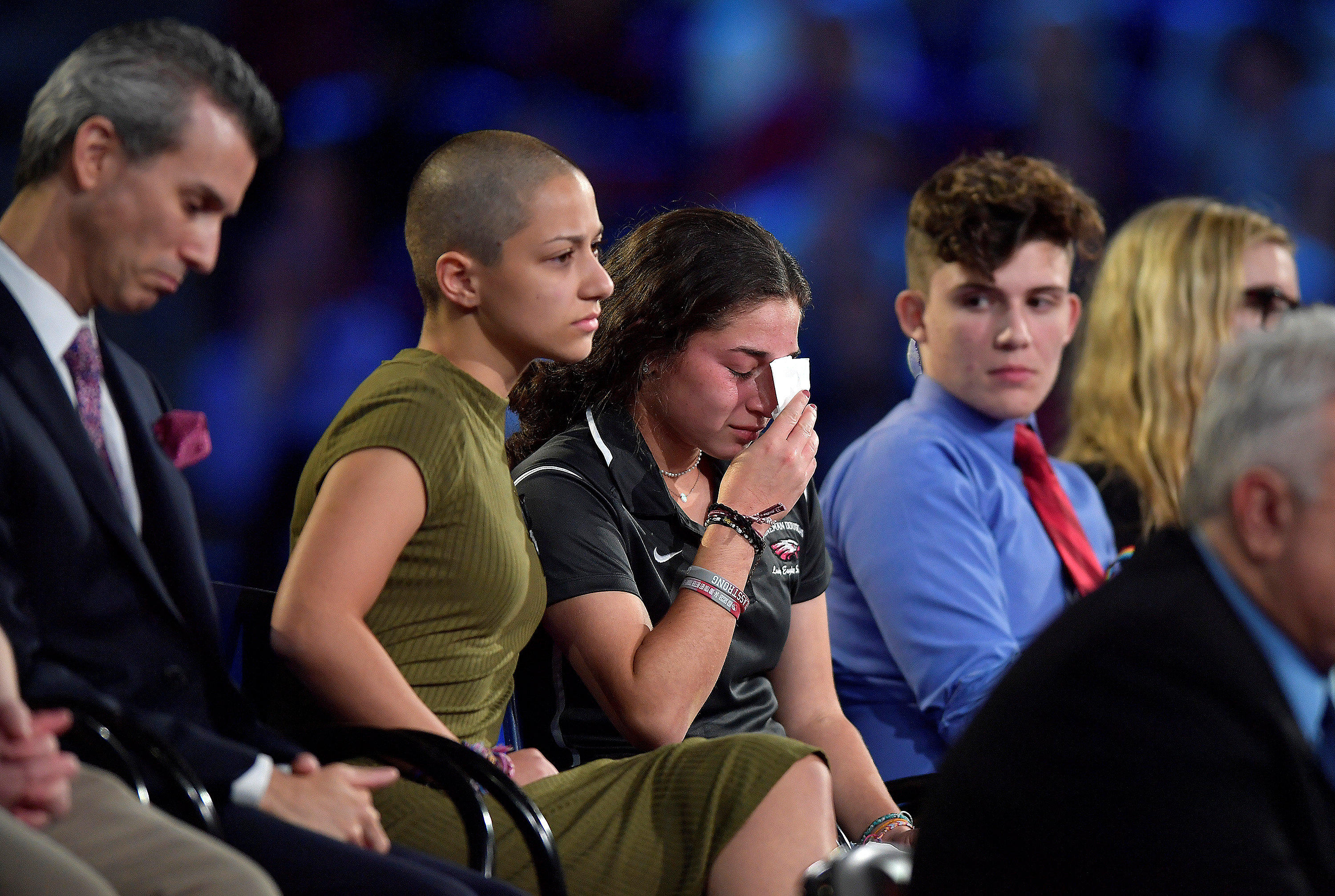 President Trump tweeted Thursday night a claim that a student had quit CNN's Town Hall after refusing a "scripted question." CNN had earlier issued a statement that said "there is absolutely no truth to this."

Marjory Stoneman Douglas High School junior Colton Haab told ABC affiliate WPLG-TV that "CNN had originally asked me to write a speech and questions, and it ended up being all scripted." Haab, who had previously told CNN he used Kevlar sheets to shield students from bullets, said he decided not to participate.

In a statement posted online by CNN Communications, Haab had been asked to participate after the earlier interview. According to CNN, Haab's father withdrew his name from participation before the forum began.

Fox News' Tucker Carlson also interviewed Haab. Haab told Carlson that a CNN producer had contacted him to participate and asked him to send in comments. Haab said a day later, they asked him to submit only questions and not a statement. He said he sent in questions but then CNN "actually wrote out a question for me" from his earlier interview.

Carlson pressed Haab, saying "they put their own words in the question?" Haab answered: "They had taken what I wrote and they had actually written a question for me." Carlson said it "seems dishonest."

"That's kind of why I didn't go last night," Haab said. "Originally I thought it was kind of going to be more of my own question and my own say and it turned out to be more of just a script."

Mr. Trump tweeted about the segment Thursday, writing that the town hall was "just like so much of CNN, Fake News. That's why their ratings are so bad! MSNBC may be worse."

NRA spokeswoman Dana Loesch also appeared at the town hall, where she said she didn't think the shooting suspect "should have gotten his hands on any kind of weapon." But one day later at CPAC, she appeared to be blaming the media for its coverage of the mass shooting. "Many in legacy media love mass shootings," Loesch said. "You guys love it. I'm not saying that you love the tragedy, but I am saying that you love the ratings. Crying white mothers are ratings gold."