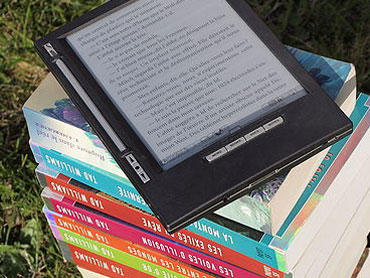 The passing of Terri Schiavo has done nothing to quell the political firestorm ignited by her life and death.

"This loss happened because our legal system did not protect the people who need protection most, and that will change," DeLay said in a prepared statement.

"The time will come for the men responsible for this to answer for their behavior," said the Texan. DeLay was a driving force behind legislation Congress passed two weeks ago that gave federal courts jurisdiction in an attempt to save Schiavo's life.

Asked later at a news conference about possible impeachment proceedings against judges in the case, DeLay said, "There's plenty of time to look into that."

"I'm not sure what Mr. DeLay meant when he said, 'The time will come for the men responsible for this to answer for their behavior,'" the Massachusetts Democrat said in a written statement. "But at a time when emotions are running high, Mr. DeLay needs to make clear that he is not advocating violence against anyone."

Dan Allen, DeLay's spokesman, said the majority leader was merely referring to potential future action in Congress. He said one possibility was for the committee that issued a subpoena designed to assure nourishment for the brain-damaged woman to investigate why its order had been ignored by the courts.

In separate remarks at a courthouse dedication in Massachusetts, Kennedy said Schiavo's case underscored the need for an independent federal judiciary. He said the decision by the GOP-controlled Congress to intervene in her case was part of a pattern that includes talk of changing Senate rules to override Democratic opposition to President Bush's judicial appointments.

Republicans hold 55 seats in the Senate, and Democrats face a difficult challenge in turning back any attempt to change the rules by majority vote.

At the same time, public opinion polls show widespread public disapproval of Congress' decision to intervene in Schiavo's case. Two Republican congressional aides, speaking on condition of anonymity, said they hoped the two issues did not become linked in the public's mind.

The political clash after Schiavo's death was a residue of the extraordinary congressional intervention in what had been a family dispute waged in Florida state courts.

On one side was Schiavo's husband, who said his wife had told him she would not want to be kept alive in a persistent vegetative state with no hope of recovery. Repeatedly, the state courts ruled in his favor, and against her parents, who wanted her kept alive.

Two days after the feeding tube was removed, Congress passed extraordinary legislation to take the case out of state court. Mr. Bush eagerly signed it.

The bill gave the federal courts jurisdiction to review the decision by Florida Circuit Judge George W. Greer that permitted the tube to be removed, and it called for a new review of the case. Within four days, though, U.S. District Judge James Whittemore refused to order the tube reinserted, the 11th Circuit Court of Appeals upheld his decision and the U.S. Supreme Court refused to intervene.

While DeLay and Santorum were outspokenly critical of judges, Bush and other prominent Republicans refrained from joining them.

"I urge all those who honor Terri Schiavo to continue to work to build a culture of life where all Americans are welcomed and valued and protected, especially those who live at the mercy of others," Bush said Thursday.

His spokesman, Scott McClellan, pointedly refused to join DeLay in criticizing the courts. "We would have preferred a different decision from the courts ... but ultimately we have to follow our laws and abide by the courts," he said.

"We should take solace in knowing that Terri's suffering is finally over and she is now in a better place. My thoughts and prayers go out to her family and friends," said Speaker Dennis Hastert, R-Ill.

Senate Majority Leader Bill Frist, a physician and potential Republican presidential candidate who had questioned Schiavo's diagnosis in a floor speech, said he was "deeply saddened by her loss. I pray for her mother and father, her family, and all those involved in this regrettable loss of life."