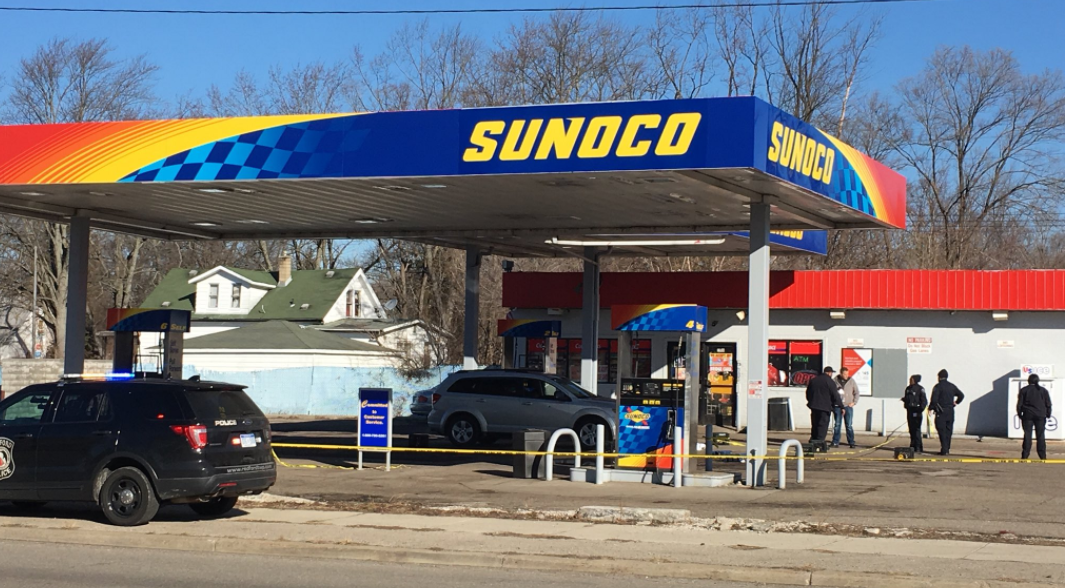 DETROIT -- The man suspected of gunning down four people, including the mother of his child and her pastor father, has died of an apparent self-inflicted gunshot wound, according to CBS Detroit reporters.

Anthony George Davis Jr. died in an Ohio hospital after allegedly going on a shooting rampage Monday morning at a gas station on Detroit's northwest side, reports CBS Detroit. He apparently turned the gun on himself Monday afternoon at a truck stop after he was chased by authorities into Ohio, the station reports.

Officer Holly Lowe, a police spokeswoman, says a man and two women were found dead at the gas station on Monday morning. A second man was found dead not far away.

Witnesses say that Davis, a recent parolee, got into an argument with the mother of his children, who was sitting in the driver's seat of an SUV with another passenger.

Her father, Deacon Rafael Hall, known as "the Rev," was pumping gas when he was gunned down along with his daughter and the other passenger, a neighbor who they were giving a ride to work.

During the attack, Davis returned to his car to reload or get another handgun before he resumed firing, Lowe said.

Police say the suspect then drove to another location two miles away, where he fatally shot his adult male cousin.