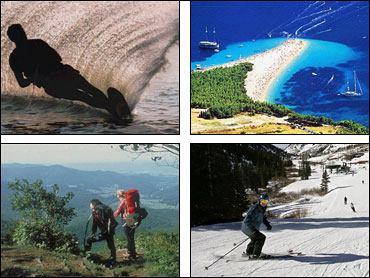 Researchers testing the experimental diarrhea vaccine found the patches reduced the likelihood of contracting traveler's diarrhea among people going to high-risk areas like Mexico. In addition, travelers treated with the vaccine patch who did develop diarrhea had shorter and less severe episodes than others.

Enterotoxigenic E. coli bacteria are a leading cause of traveler's diarrhea. When these bacteria colonize the small intestine, they secrete toxins that cause diarrhea. The toxin most commonly linked to diarrhea from this E. coli is called heat-labile enterotoxin (LT).

Although previous studies have suggested anti-LT vaccines might provide short-term protection from traveler's diarrhea, the compound is too toxic to be delivered by traditional vaccination methods, such as by mouth, injections, or nasal sprays.

This phase II clinical trial, published in The Lancet, compared the effectiveness of the vaccine patch in a group of 170 healthy adults planning to travel to Mexico and Guatemala. The average length of stay was 12 days.

The travelers kept track of any diarrhea-related symptoms during their trip and provided samples of any loose stools for analysis.

Among those with diarrhea, 10 percent in the placebo group had diarrhea caused by E. coli compared with 5 percent of the vaccine patch group.

Researchers found the percentage of severe diarrhea from any cause was also lower among those who received the vaccine patch (2 percent vs. 11 percent).

In addition, those who received the traveler's diarrhea vaccine patch had shorter episodes of diarrhea and fewer loose stools.

Researcher Gregory Glen of IOMAI Corporation of Gaithersburg, Md., and colleagues say these results suggest the patch may help protect against traveler's diarrhea and merit further study in a phase III clinical trial.