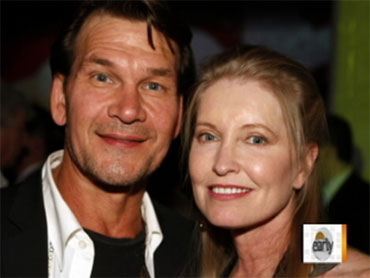 In 2008, film star Patrick Swayze was diagnosed with pancreatic cancer. Less than two years later, he lost his battle with the disease.

Since then, his widow, Lisa Niemi Swayze, has taken up another kind of battle against the killer: She's become an activist, attracting attention and research fund to the cause.

In an exclusive interview, anchor Pat Harvey, of ,b>CBS station KCBS in Los Angeles, spoke with Lisa about Patrick, their marriage, and her new cause.

"There's nothing like being faced with mortality to really see what's really important," she observed.

She's now a spokesperson for Pan Can, the Pancreatic Cancer Action Network.

On "The Early Show," CBS News Medical Correspondent Dr. Jennifer Ashton updated viewers on the latest in pancreatic cancer research, and went over its symptoms - and its staggering mortality rates: