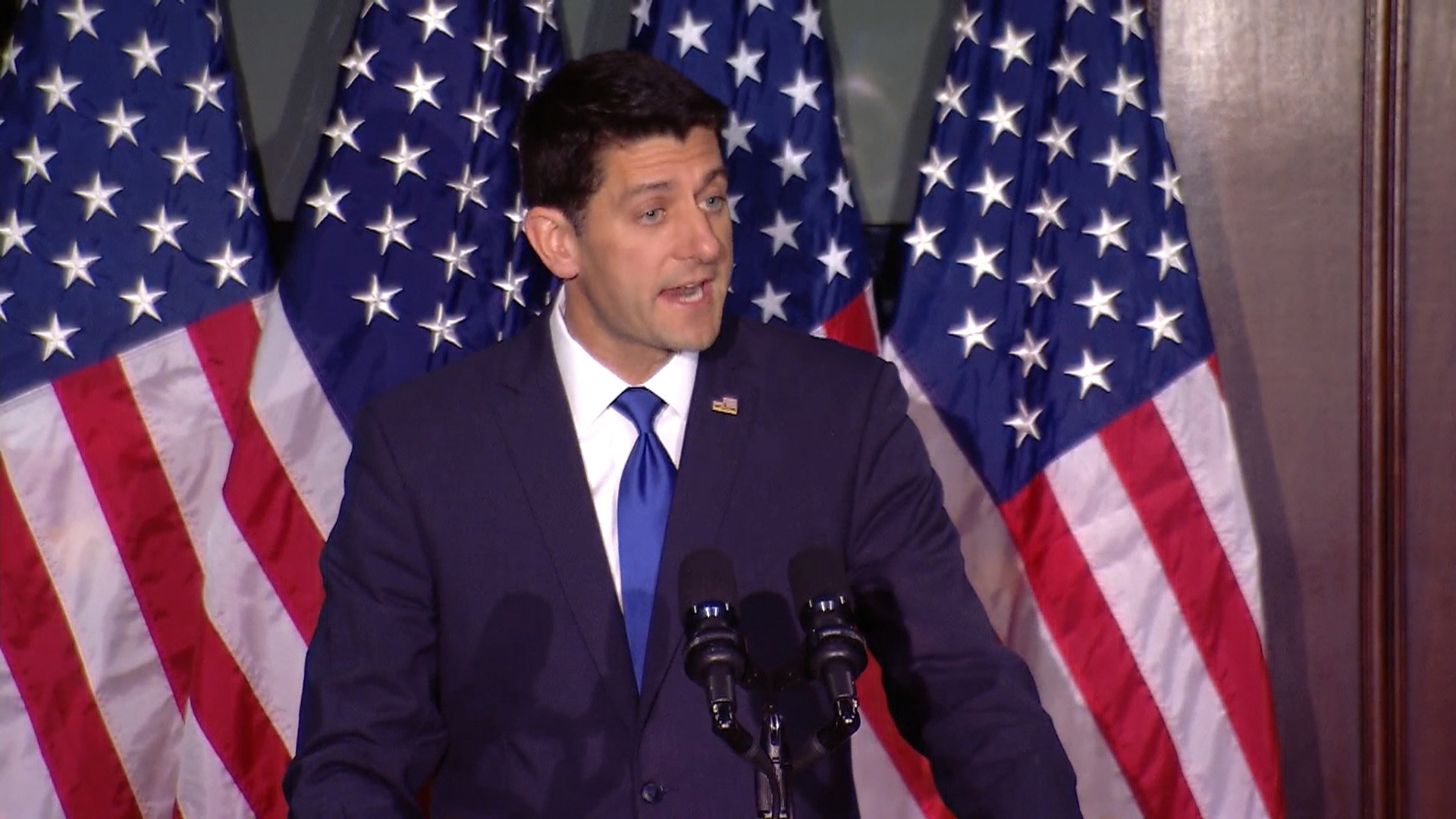 "I want to put this to rest once and for all," Ryan told reporters at the Republican National Committee. "Let me be clear: I do not want, nor will I accept the Republican nomination."

Ryan then directly addressed delegates who will head to the Republican National Convention in Cleveland this July who are ultimately responsible for choosing the party's nominee.

"If no candidate has a majority on the first ballot, I believe you should only choose from a person who has actually participated in the primary. Count me out," he said. "I simply believe that if you want to be the nominee - to be the president - you should actually run for it. I chose not to do this. Therefore, I should not be considered. Period. End of story."

For a third time in the same statement, Ryan repeated, "So, let me say again, I am not going to be our party's nominee."

The Wisconsin Republican said he's focused instead on offering a conservative vision for the country.

It's also not the first time Ryan has said no.

Asked by The Hill newspaper last month whether he could foresee any scenario in which he could be the GOP nominee, he said, "No, there isn't. 'No' is the answer. Definitively."

Ryan, who will serve as a co-chairman at the Republican National Convention in Cleveland this July, has already repeatedly rejected the idea of jumping into the current race. But a recent speech on the state of politics and a video released by his leadership office have had the opposite effect, only fueling rumors that he would consider it. The video, posted below, had the feel of a campaign ad rather than just a typical video released by a House speaker.

Ryan, who served as Mitt Romney's 2012 running mate, ruled out becoming speaker of the House for a month after Speaker John Boehner suddenly announced last September that he would resign from his leadership post and from his congressional seat.

Last month, Ryan admitted that a contested convention was becoming even "more likely."

"Nothing's changed, other than the perception that this is more likely to become an open convention than we thought before," Ryan said. "So we're getting our minds around the idea that this could very well become a reality, and therefore those of us involved in the convention need to respect that."

Some political analysts have raised the idea of delegates the convention nominating Ryan if Donald Trump, Ted Cruz or John Kasich fail to win the nomination on a first ballot vote. Every time the delegates hold subsequent ballot votes, more and more delegates will become unpledged to their original candidate and it will be more of a free-for-all.