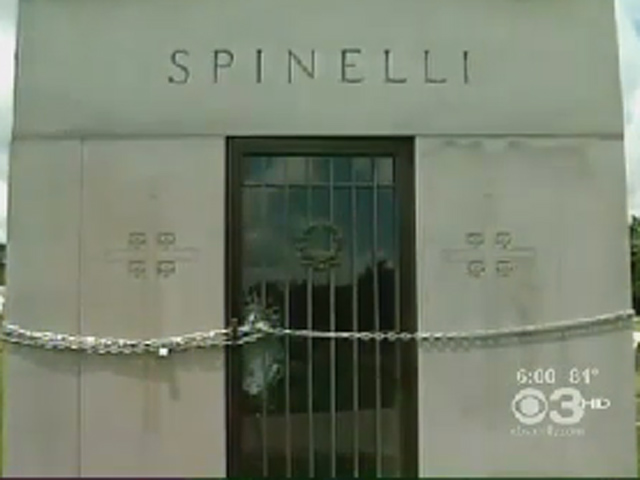 (CBS) PLEASANTVILLE, N.J. - The body of Pauline Spinelli was removed from a southern New Jersey mausoleum last week, angering family members who wonder why anyone would want the remains of the woman, who died in 1996 at the age of 98, CBS Philly reports.

Pleasantville police said Spinelli's remains were stolen either late Thursday night or early Friday morning from the mausoleum she established for her family at the Atlantic City Cemetery.

Police said the tomb may have been shattered with a boulder that still sits by the door.

"They then went through (the) process of forcibly removing the lock," said Pleasantville, N.J., Police Captain Rocky Melendez. "The casket had been removed, had been pried open."

Spinelli's body was dressed in a powdered blue gown when it was taken, according to Lafolette. Police are still investigating.

According to CBS Philly, police said the body may have been taken for use in some sort of ritual. They are looking into possible cult or religious activity including one group called Palo Mayombe.

"It has been said that they do use human remains and animals to do...either their sacrifices or their religious services," Melendez said.

Melendez said if anyone has information that could help police locate the remains of Pauline Spinelli or the people responsible for taking them to call Pleasantville police at 609-641-6100.