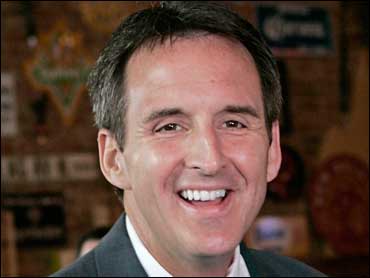 "I expect it will launch within the next few weeks," Pawlenty adviser Alex Conant said. "When the governor said he wouldn't seek re-election, he said in addition to finishing his term strong, he would help other Republicans candidates, and obviously a PAC is one key way to do that."

Launching a PAC is a standard move for politicians laying the groundwork for a presidential run. Pawlenty has announced he will not run for a third term as governor next year.

"Pawlenty setting up this PAC is a clear indication that he's eyeing federal office - perhaps a 2012 presidential run," said CBS News political director Steve Chaggaris. "And setting it up provides him with money to financially support Republican candidates around the country - picking up political chits along the way - as well as fund his own political travel. Fellow potential candidates Mitt Romney, Mike Huckabee and Sarah Palin all have their own federal PACs up and running."

"To truly gauge what his intentions are, it'll bears watching to see how he spends his PAC money over the next 18 months: which political candidates he contributes to (and which important presidential primary/caucus states they represent) and which states he travels to," Chaggaris continued. "Once the likes of Iowa, New Hampshire and South Carolina start showing up on those lists, it'll be clear that a presidential run in 2012 is on his mind."

Conant noted that Pawlenty, who was seriously considered by John McCain as a potential running mate in 2008, has, in recent weeks, "spoken to various groups, campaigned with various candidates, and been elected vice-chair of the Republican Governors Association." He called starting the PAC the "logical next step."

In a statement, the Democratic National Committee said the decision to start the PAC, which signals a possible 2012 run, reflects the governor "breaking his pledge to finish his term 'strong' as governor."

"This is just more evidence that Pawlenty is, at best, a part-time governor who cares more about his national political ambitions than the people of Minnesota," the DNC said.

Pawlenty, who laid out some of his positions in a speech over the summer, "has a few advantages that, in combination, no other GOP candidate can boast," Larry Sabato, Director of the Center for Politics at the University of Virginia, told CBS News back in July.

"He's won a Democratic state twice for governor - though with less than 50 percent," Sabato said. "He is from the North rather than the South, thereby broadening the party's geographic appeal. And he has a blue-collar background, combating the wealthy image of Republicans."

Pawlenty's term runs out in 2010. Even as he has boosted his national profile through speeches and his new job at the Republican Governors Association, he has played down speculation about a presidential run.