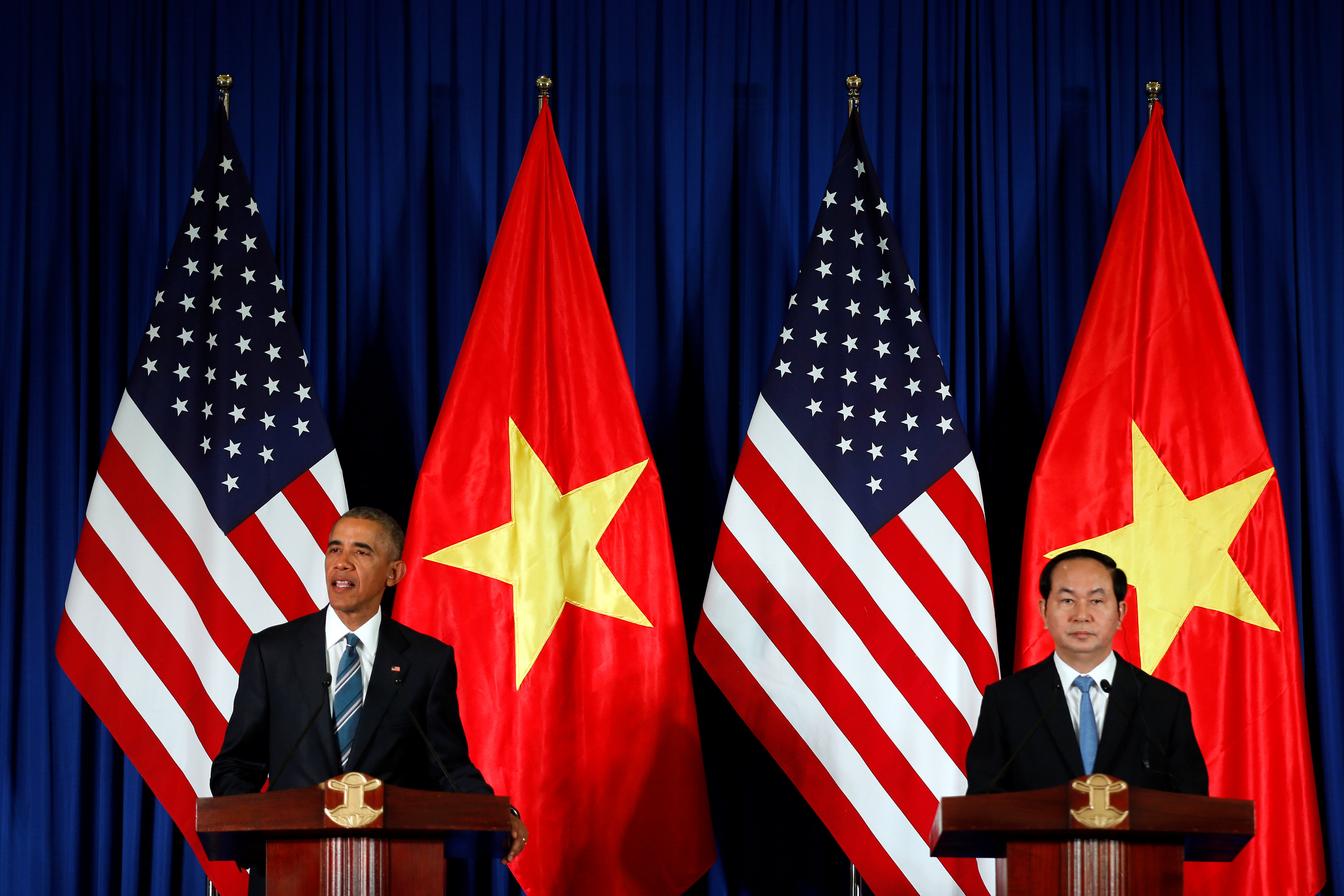 HANOI, Vietnam -- The United States and Vietnam have reached an agreement that will see the Peace Corps set up English-language training programs in the country's two largest cities, Hanoi and Ho Chi Minh City.

As President Barack Obama continued an historic three-day visit to Vietnam on Tuesday, officials from the two sides signed an agreement that will bring an initial group of about 20 Peace Corps volunteers to Vietnam starting next year.

The program, the first for the Peace Corps in Vietnam, is expected to expand in size in following years and grow to more cities.

The agreement was signed after about a decade of discussions.

At a state luncheon in Hanoi in Mr. Obama's honor, Vietnamese President Tran Dai Quang thanked Mr. Obama for traveling so far to help achieve "another crucial milestone" in the U.S.-Vietnamese relationship.

Quang spoke of the long effort to "overcome profound grievances" from the war years, and cited a saying of Ho Chi Minh about welcoming the "warm spring" that follows a cold winter.

Mr. Obama offered thanks for all who came before to "help our nations reconcile." He has singled out Secretary of State John Kerry, who served in Vietnam, for special mention. Mr. Obama says veterans on both sides have shown "hearts can change and peace is possible."

President Obama also dined on Monday night with Anthony Bourdain in Hanoi, Vietnam during the president's week-long trip to Asia.

The star shared a photo of them eating dinner at Bún chả Hương Liên, a small restaurant that's just north of the "old quarter" of Hanoi, according to the White House travel pool.

They're both seen sitting at a table with with lettuce and bowls of soup and Mr. Obama is holding up a beer.

Their conversation will be featured in an episode of Anthony Bourdain: Parts Unknown, which will air on CNN in September.

Earlier in the day, the president lifted a half-century-old ban on selling arms to Vietnam on his first trip to the Southeast Asian country. He's the third sitting U.S. president to visit Vietnam since the end of the war. He'll head next to Japan where he'll make a historic visit to Hiroshima. The White House has said Mr. Obama won't apologize, however, for the U.S. decision to use a nuclear bomb on the Japanese city in 1945.

In Japan, he's scheduled to participate in the G-7 Summit in Ise-Shima and Mr. Obama will meet with Japanese Prime Minister Abe to advance the alliance between their two countries.