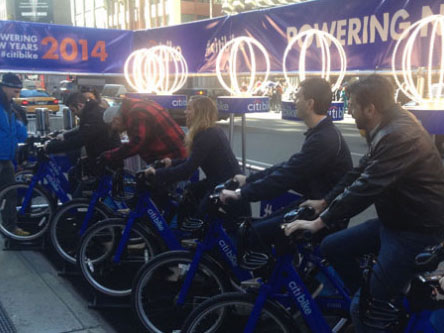 As WCBS 880’s Jim Smith reported, six stationary Citi Bikes were have been set up to supply the electricity for the lights. April Campo of Maryland was spinning away on one of them.

The bikes pump out about 75 watts per hour, according to Citi spokesman Ed Skyler.

"If everybody does their job, that ball is going to light up, and it’s going to be something we’ll all remember," Skyler said.

The energy generated from the bikes through Monday was being stored in large batteries, and then transferred to the grid to offset the power demands of the ball.

Campo said it was a great way to be green and do one's part for the massive celebration.