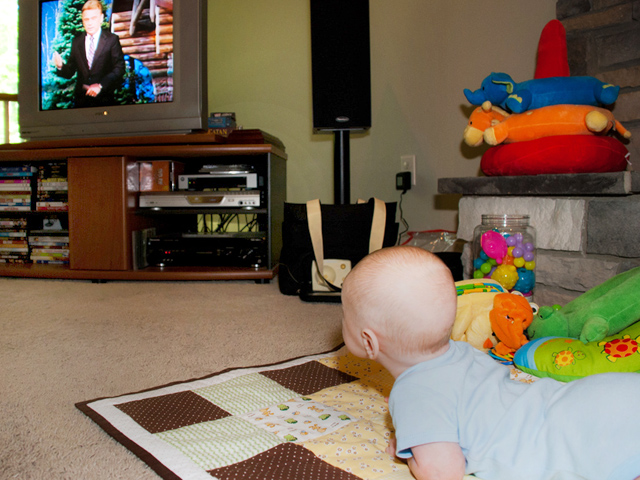 (CBS) TV for kids under age two is a big no-no. So says the nation's largest pediatricians group, which on Tuesday issued a new policy statement saying there's no evidence that toddlers benefit from television and some evidence suggesting that it interferes with normal development.

The statement - which reaffirms a similar one issued by the academy in 1999 - says that 90 percent of parents permit their children under age two to watch TV or other electronic media  - even though research suggests that kids that young are incapable of following sequential screen shots or dialog. By age three, almost one in three children have a TV in their bedroom.

"Clearly, no one is listening to this message," Dr. Ari Brown, a pediatrician in Austin, Texas, told the New York Times. "In this ubiquitous screen world, I think we need to find a way to manage it and make it a healthy media diet."

Media diet? Some parents of toddlers seem almost to be force-feeding electronic media. Fourteen percent of children 6 to 23 months of age watch media at least two hours a day, according to the statement.

In addition to parents who use TV as a sort of electronic babysitter while they're otherwise occupied, many parents say they're convinced that educational programming is "very important for healthy development."

Those parents are dead-wrong, the statement says. Studies have tied toddlers' TV viewing to language delays, though there's no proof that the viewing actually causes the delays.

Instead of parking kids in front of the TV, the academy urges parents to give kids "unstructured, unplugged play" that encourages them to think creatively, solve problems, and hone their reasoning and motor skills.

As Dr. Brown put it in a written statement, "Children need this in order to figure out how the world works."