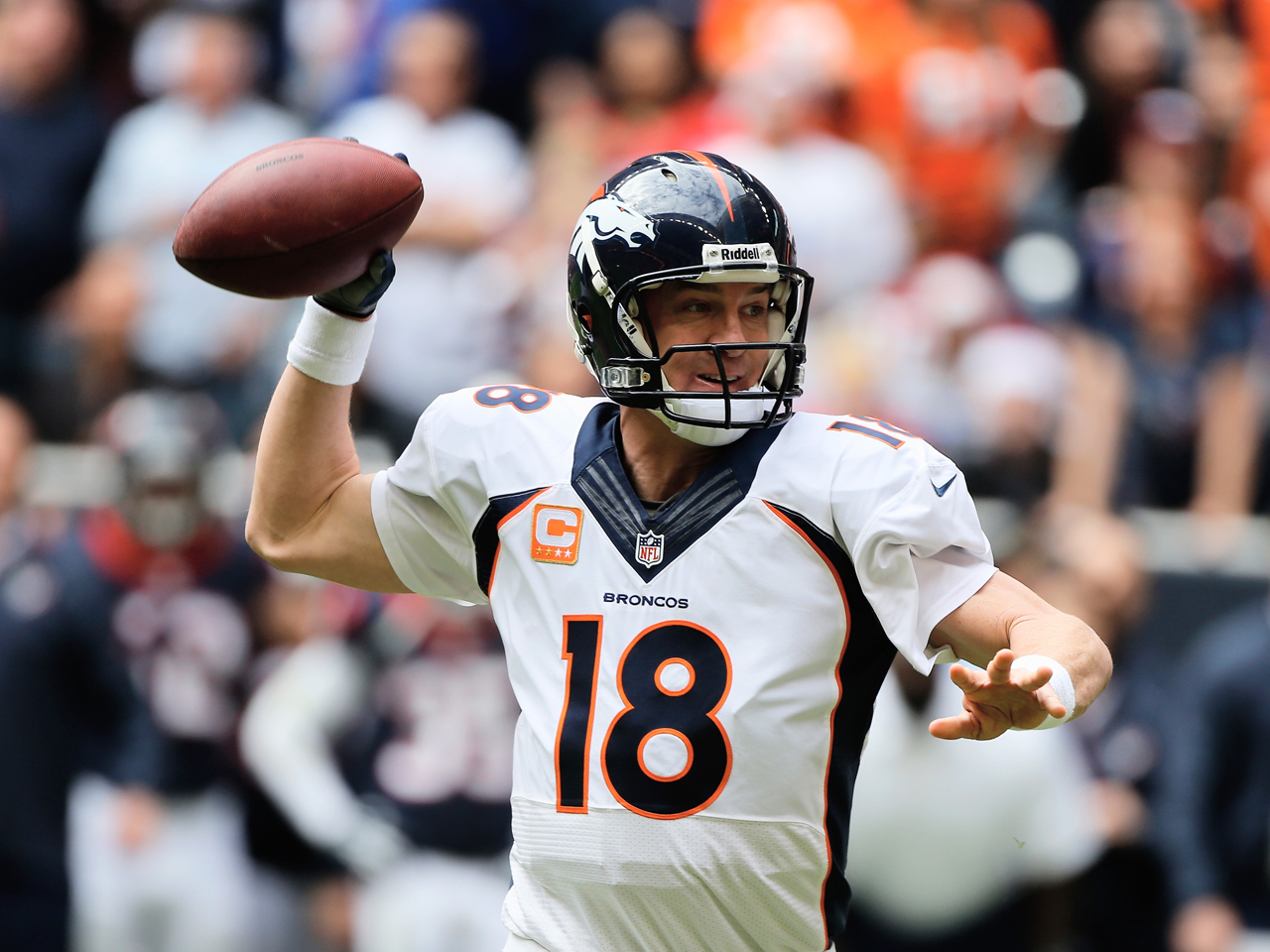 HOUSTON - Peyton Manning has broken Tom Brady's NFL record for most touchdown passes in a season with 51.

Denver's Manning did it on a 25-yard pass to Julius Thomas with 4:28 remaining in the game Sunday against the Texans. Just 2.5 minutes earlier, he tied the mark with a 20-yard pass to Eric Decker.

Manning made the throw to Thomas and walked toward the end zone, where his teammates patted him on the head. He then took off his helmet and walking to the sideline and pumped his fist once. His teammates came out to greet him and he gave dozens of high-fives as he grinned and walked to the bench.

Decker somehow got the ball after the touchdown and tucked it in the side of his jersey, where it remained as he walked off the field.

Manning entered the game with 47 TDs and his first touchdown came on a 36-yard pass to Demaryius Thomas in the second quarter. The second one was a 10-yard throw to Decker early in the fourth period.

Brady set the record, which previously belonged to Manning, in 2007. Manning had established the record by throwing 49 touchdown passes in 2004.

Surrounded by the best targets he's ever had, operating a turbocharged assault with a body that's much less a question mark, Manning is putting up record numbers like he did in that remarkable 2004 season.

Manning was the NFL's 2012 Comeback Player of the Year, showing he was every bit as good as before. He's having his best season at age 37, just two years removed from the four neck surgeries that weakened his right triceps and threatened his career. He hadn't missed a start with the Colts before 2011.

Manning began 2013 by becoming the first quarterback since 1969 to throw for seven touchdowns in a game. Earlier this month he broke an NFL record he held with Brett Favre for most playoff appearances when he qualified for his 13th trip to the postseason.

Although he could set several more standards this season, Manning has insisted his only concern is the Broncos' win-loss record. He wants desperately to gain home-field advantage and the top seed in the AFC playoffs again.

Manning finished Sunday's game with a career-high 5,211 yards passing. He is 266 from surpassing the single-season record for yards passing set by Drew Brees in 2011.

Manning threw 37 touchdown passes last year, which broke a franchise record of 27 set by John Elway in 1997 and tied by Jake Plummer in 2004.